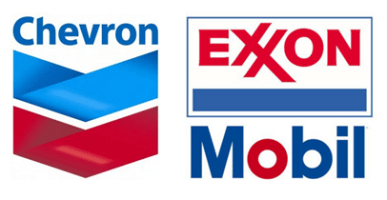 Climate-focused shareholders at ExxonMobil and Chevron were building up momentum before the oil giant’s Annual General Meetings (AGMs) yesterday. The investors proposed a number of climate change resolutions that highlighted the need to comply with rules set out by the Paris Agreement. Despite not gaining an overall majority, more shareholders (38.2%) than ever before voted for the changes, which campaigners hope will push the businesses into reviewing their climate risk strategies.

Edward Mason, Head of Responsible Investment for the Church Commissioners said: “We are delighted to have got the highest ever vote for a climate change proposal at an ExxonMobil AGM. This is a very significant shareholder revolt on climate change at Exxon.

“Considering the scale of this vote, we urge Exxon to sit down urgently with its investors to agree the reporting it will provide on the risk that climate change policy poses to its business. Following the Paris Agreement the time for climate risk reporting has well and truly arrived and the investor call for it is clear. It will not go away.”

Andrew Logan, Director of Oil & Gas Program, Ceres said: “Today’s strong votes at Exxon and Chevron send a powerful message that investors see climate change as a material financial risk, which underscores the ongoing momentum post-Paris and urgency to prepare for a low-carbon transition. Heading into the meeting, investors managing more than $10 trillion in assets voiced their support for these resolutions, placing substantial pressure on the boards of these companies to change direction as the world moves toward a low-carbon future.

“Given the significant resources Exxon spent fighting this proposal, such a strong vote is a real rebuke to company management. Investors have sent a clear message that meaningful 2˚C stress testing is the new normal, and companies like Exxon and Chevron can no longer act as if nothing has changed.

“Moving forward, investors expect Exxon and Chevron to come to the table and collaborate to prepare meaningful disclosures to assess the risks and opportunities presented by the energy transition.”

Paul Simpson, CDP’s chief executive officer at CDP said: “We congratulate the institutional investors – many of whom are CDP investor signatories – that spearheaded this resolution. They have put out the message loud and clear: climate change poses clear financial risks, and investors require better disclosure to be able to price those risks. The adoption of the Paris Agreement confirms that a transition to a low-carbon and sustainable economy is inevitable.

“Whilst the resolution did not gain a majority, ExxonMobil still has a clear duty to show its investors through improved disclosure how it will prepare for a transition to a below 2˚C economy. Our analysis shows that the companies which acknowledge, prepare for and tackle climate risks will be the ones that thrive in a transition to a low-carbon future.

“Now the ball is firmly in ExxonMobil’s court – the time has come for it to redefine its role in the global energy transition.”

Rob Schuwerk, Senior Counsel for Carbon Tracker said: “An unprecedented number of Exxon’s shareholders have demanded that it analyse how a 2˚C transition will impact its business. Exxon must now meet this demand or confront a more wary investor class next year.”

James Leaton, Research Director at Carbon Tracker said: “More of Exxon’s shareholders than ever decided to override board recommendations and demand 2˚C stress-testing.  The rest of the world is considering meeting the climate target and Exxon should join them by reporting on how its business model is impacted by that goal.”

More than 15,000 people from 47 countries used Vote Your Pension to urge their pension providers to support the climate resolutions at the ExxonMobil and Chevron AGMs, contacting more than 1000 funds. The largest global shareholder engagement campaign is jointly run by the Asset Owners Disclosure Project, SumofUs and ShareAction. They welcomed the overall majority at yesterday’s AGMs.

Julian Poulter, CEO of Asset Owners Disclosure Project (AODP) said: “This is the beginning of the end for Exxon’s oil based strategy. Many of the world’s biggest investors have sent a clear message to Big Oil that they want a 2˚C business plan that shows how companies will deliver shareholder value in the transition to a low-carbon economy. The board must listen and take action or lose the confidence of shareholders.

“This is good news for the millions of ordinary people who own Exxon shares through their retirement savings. Exxon’s current business strategy risks either calamitous climate change or huge losses in value if global climate change action leaves it with huge reserves of oil and gas that cannot be burned. But it can still prosper in the low-carbon transition by turning itself into a diversified energy company.”

Catherine Howarth, Chief Executive of ShareAction said: “Exxon shareholders have spoken loud and clear: the company must do more to demonstrate its ability to transition its business for a 2˚C world. This vote demonstrates that the tide is turning on big oil; in order to retain the trust of shareholders and the public alike, Exxon must urgently adjust its business model for a low carbon future.”

Liz McDowell, Campaigns Director at SumOfUs: “Pension fund managers can no longer expect the individuals whose pay cheque deductions pay their salaries to sit quietly by while they support the status quo of accelerating climate change and wealth inequality.  New digital platforms like SumOfUs and VoteYourPension are facilitating the interaction of members with their pension funds on a scale never seen before.

“Our members around the world are engaged and paying attention to how their funds are voting at Exxon and Chevron, because it’s their money and it should be their voice. More than 15,000 of our members contacted their funds to ask them to vote in favour of these resolutions, showing that they’ve struck a nerve.”

Alex Scott, from Positive+Investment said: “It is heartening to see such a dramatic increase in support for these sorts of resolutions in such a short time, and it’s clear that COP21 in Paris has changed the conversation fundamentally.  It’s also important to remember that there are many employees of Exxon and Chevron who want to see a just transition to a low-carbon economy, and who want these companies to play a constructive role in that shift; we hope that they view these results as a cause for optimism as they work on the side of so many shareholders.”

David H. Zellner, Chief Investment Officer at Wespath who are co-filers of Chevron stress test resolution, said: “The energy sector must transition to renewable energy sources if we have any hope of mitigating the risks of climate change. Our resolution asks Chevron to conduct “stress tests” on its business of plausible scenarios resulting from shifting demand for fossil fuels and the impact of carbon taxes.  As investors, we need assurance that Chevron is strategically positioned for the transition to a low-carbon economy.”