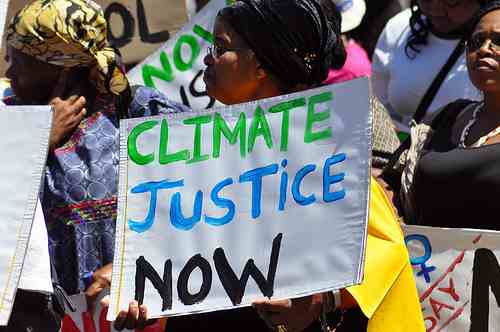 Professors from the University of California and Cornell University have called on academic institutions to listen to the students who were calling for the divestment of fossil fuel holdings, for the sake of the planet and to be more financially stable in the future.

A group of science and engineering academics from Cornell University, in Ithaca, New York, submitted a proposal for the divestment case in relation to some of the world’s largest fossil fuels companies in which the university has invested.

They wrote in the school’s newspaper, “If we speak loudly as representatives of a great university to say that the fossil fuel business as usual must stop, we will be heard.

“Our scientific papers, public presentations, and advice to policymakers have not spoken loudly enough. For better or worse, we need to “put our money where our mouth is.”

They added that the university should commit to becoming carbon neutral by 2035 and stop investing in companies that contribute to increase global temperatures, with unpredictable consequences.

Professors also added, “Although some financial sacrifice in pursuit of our institutional responsibility would be justified, we have conducted the analyses and determined that the proposed actions will not only have a negligible impact on growth of the university’s endowment, they may significantly reduce overall risk in the university’s investment portfolio.”

Meanwhile, Daniel Kammen, a member of the Intergovernmental Panel on Climate Change (IPCC) and energy professor at University of California, Berkley, has called on his colleagues to put pressure on the institution and divest from coal, oil and gas companies.

“Today, UC Berkeley and most institutions are financially invested in destroying our future”, Kammen wrote.

“Instead of funding the problem, we should be investing in solutions that at once aid the transition to a low-carbon economy and grow our university’s bottom line.

“There is no lack of financially and environmentally sustainable reinvestment opportunities; as of yet, there is only a lack of leadership.”

The divestment movement – led by groups of students and the environmental organisation 350.org – has brought forward the case for divestment in various American universities including Yale, Harvard and Brown.