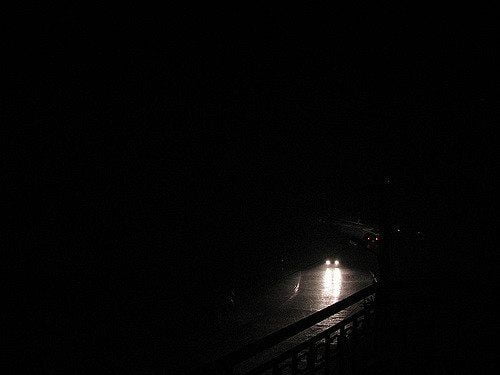 According to RES and Lloyd’s Register a combination of battery storage and low carbon power generation is the solution to ‘black swan events’, as Australia re-designs its energy policy following the blackout that affected 1.7 million South Australia residents

Technology and innovation raises the game on how battery storage can be part of the world’s future energy generation mix to overcome electrical outages caused by severe storms.

“Operators are faced with a huge challenge to protect energy generation supply and demand in extreme weather conditions,” says Jeremy Moon, Head of Technical at RES in Australia. “We understand this requires investment long term and the adoption of new technology and solutions that enable sustainable energy provision now and in the future.”

Demand for energy storage is expected to increase after the entire state of South Australia lost power in September. The blackout was a widespread power outage across South Australia that occurred as a result of storm damage to the state’s electricity transmission infrastructure.

“The electrical outages caused by severe storms in South Australia will mean a detailed review of power system security policy focusing on those systems in place now and planned in the future – including newer and flexible systems such as battery storage for security of supply,” highlights Moon.

Storms can bring devastation to energy supply and getting power back on as safely and quickly as possible for customers is any operator’s priority. RES and Lloyd’s Register – a leading provider of integrity, compliance and specialist risk consulting services – believe that new technology solutions should be planned for now by both government and operators focused on providing future-proof sustainable energy policy and supply.

“New technology solutions in energy storage can be leveraged to help operators use more cost-effective and locally produced energy, so that when outages do occur both domestic and commercial energy consumers can rely in confidence on new storage systems as a back-up to their power supply,” says Andrew Jones, Energy Services Manager, at the Australian Power Engineering division of Lloyd’s Register.

“We were interested to see if the system would behave differently if the gas power stations were replaced with inverter-based power stations,” says Jones.

As much of the network had been shut down, authorities needed to act carefully to bring it back online and provide a stable network. This was initiated in the first few hours following the start of the outage, initially using the local SRAS provider and the Victorian interconnectors to establish a stable frequency on the network, and then progressively adding South Australian loads and power generators to the network to restore power.

“The sudden loss of the reported 445 MW of domestic power is a major challenge for any electricity network provider,” emphasises Jones. “The subsequent sequence of events resulted in the loss of a further 900MW of imports from Victoria. This study seeks to open discussions on that critical period leading to the loss of the Heywood interconnector and how large scale grid connected battery storage available right now can play a critical role in improving power system events such as those experienced in South Australia.”

Over the past decade, South Australia has dramatically changed its energy mix. Its coal-fired plants have all been withdrawn and renewable energy now supplies over 40 per cent of its power.

RES’ Moon says: “It is important to view this study as a power application with time scales of seconds to minutes. The implications are that system resilience can be improved paving the way to greater generation diversity on the current network. You can be certain that grid operators around the world will be reading the reports on the South Australia event. This will be driven by the desire to learn and implement solutions to increase robustness in their own domestic system.”

“With so many advances in energy technology, our technical experts in Australia and across the world are committed to ensuring all our customers stay at the forefront of this transformation for the benefit of their consumers and governments’ energy agenda,” emphasises Jones.