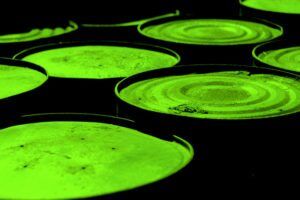 Produced by the trading firms themselves, these types of fuel have long been banned in Europe. They contribute significantly to the rapidly rising air pollution in African cities and jeopardize the health of millions of people. In a petition addressed to Trafigura, Public Eye and its West African partners call on the Geneva-based commodities giant only to sell fuel that meets European standards in all of its operations around the world.

Based on three years of research, the “Dirty Diesel” study highlights for the first time the pivotal role played by Swiss commodity trading companies in Africa’s fuel industry and reveals the scandalous business model behind a supply chain completely controlled by these companies in their multiple roles as producers, suppliers, and — in some regions —operators of gas station networks. In West Africa especially, Vitol, Trafigura and Addax & Oryx ruthlessly exploit weak regulatory standards and make the local urban populations pay with their health. Public Eye researchers drew fuel at local pumps in eight countries. The result was shocking: as our analysis revealed, the diesel samples contained up to 378 times more sulfur than is permitted in Europe. Furthermore, other toxic substances, such as benzene and polycyclical aromatic hydrocarbons, were also found in concentrations that are also banned in Europe.

The 160-page report also shows that the trading companies not only ship dirty diesel and dirty gasoline — and in some areas even sell it at their own pumps — but also produce both fuels themselves. On land or at sea, they mix up a petrochemical cocktail from refinery products and other components known in the industry as “African Quality”. These toxic fuels are mainly mixed in the ARA-Zone (Amsterdam-Rotterdam-Antwerp) where Swiss trading firms have their own refineries and storage facilities. Many West African countries that export high grade crude oil to Europe receive toxic low quality fuel in return.

Producing and selling such products is illegitimate and violates the African populations’ right to health. According to a recent UN study, the populations in the continent’s major urban centers suffer from the most rapidly increasing levels of air pollution in the world. The prestigious organization, ICCT**, estimates that by 2030 Africa will have three times as many deaths from traffic-related particle dust than Europe, Japan, and the US combined. Respiratory illnesses are already a major health issue and diesel fumes can cause cancer. To disarm this time bomb the governments of the affected countries need to set and enforce stricter standards. But the Swiss commodity companies, too, must respect human rights wherever they do business — and comply with the UN-Guiding Principles on Business and Human Rights adopted in 2011.

CEO Jeremy Weir wrote in last year’s sustainability report that Trafigura wants to “become acknowledged sector leaders in the way we manage corporate responsibility”. The company also intends to adapt its business practices to the aforementioned UN guidelines. In order to remind the commodities giant of its good intentions, Public Eye and its West African partner organisations will be shipping a container full of toxic air from Accra, the capital of Ghana, back to Geneva in late September. With this symbolic “Return to Sender”-campaign, the NGOs are inviting Trafigura to put its money where its mouth is and stop selling fuel that does not meet European standards anywhere in the world.