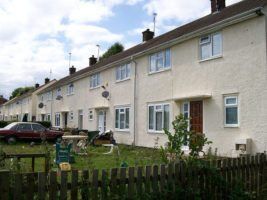 A triple whammy of slower growth, higher inflation and benefit cuts may result in the near ‘lost decade’ of growth being extended.

“Today’s figures indicate that despite welcome income growth in 2015-16, the typical non-retired household remains some £400 a year worse-off than before the financial crisis of 2008.

We’re closing in on a lost decade for working-age households, which leaves the typical family around £8,500 a year poorer than would have been the case had we maintained pre-crisis levels of income growth.

“Retired households have fared somewhat better, with typical incomes up £1,700 on their pre-crisis peak. They have not been entirely shielded from the fallout from the financial crisis however, with incomes around £4,000 a year lower than they might have been in the absence of the downturn.

“The concern now is that lower income working-age households risk experiencing a ‘triple whammy’ of income recovery shocks as growth slows in the aftermath of the EU referendum vote, inflation picks up and cuts such as the four-year freeze on working-age benefits start to bite. This risks not only delaying the recovery for these families, but flipping it into reverse.

“It’s vital that the new Prime Minister and Chancellor focus on supporting working-age families in order to ensure that the lost decade isn’t extended even further.”