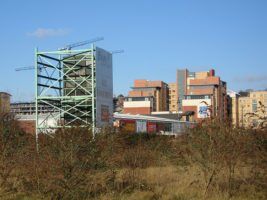 What can Brownfield land do for the housing crisis after Brexit?

In the context of a post-Brexit Britain, London’s housing crisis is one of many grey thunder clouds hovering over the UK at the moment – one which many thought would burst after the result of June’s referendum, and shower Britain with affordable housing. However, the referendums impact on the housing market hasn’t been quite so straightforward; although house prices in the capital have dipped, we cannot assume that this trend will continue, or benefit more than a few opportunistic buyers.

So it’s back to the drawing board. In 2014, the government announced a £200m fund to build housing on derelict and disused land – known as brownfield sites – across Britain, hoping to provide up to 200,000 new homes.

Pre-Brexit, brownfield sites looked set to offer affordable housing, but is the grass still as green now we’re on the other side of the vote? Can these building schemes still make a difference to the housing crisis?

One of the frustratingly obvious consequences of Brexit is the rise in cost of imports, and a fall in the number of workers coming in from the EU. Both of these events will have a massive impact on the construction industry. As the Evening Standard suggests, increasing the number of costly construction projects, at a time of heightened national anxiety and uncertainty, is likely to reduce the amount of affordable housing being built each year.

Developers, sitting on empty land, may now be less inclined to go ahead with housing construction schemes. In fact, most brownfield land – nine out of every ten sites – have already got development plans in the pipeline. These plans may become frozen indefinitely, until Brexit negotiations relieve uncertainty or establish new trade deals.

Brownfield sites are often very expensive to ready for construction – a price which often escalates dramatically as a result of unforeseen problems with the land. Where the site has been contaminated or left with crumbling derelict buildings, the cost of clearing and building onto the space is high. As a result, the construction projects are only likely to be viable if the price of the new housing is extremely high.

Expensive properties in what are often out of the way, unattractive areas are not desirable for buyers. It’s difficult to see how, post-Brexit, brownfield land can make a significant contribution to the housing crisis and provide affordable homes – even with the financial assistance of government grants.

If construction slows or stops, there is a knock-on effect on many other industries and individuals. Businesses within the construction sector are, for example, aware of how commercial property development helps the economy; stunting the growth of one can also seriously stunt the growth of the other.

London crane hire service Emerson Cranes have also raised the issue around the shortage of skilled industrial workers, particularly within construction. They noted that, in order to combat this dearth of labourers, international tradesmen could be offered training courses in their native languages. These efforts, which have the potential to provide the industry with much needed skilled workers, may now be rendered less effective as less EU citizens will be coming into the UK seeking work.

Construction projects which are waiting to be completed, or empty properties awaiting renovation, may end up sitting empty for long periods of time. This sustains, rather than solves, the housing crisis while also introducing new risks to surrounding communities. In this abandoned condition, as property protection experts Oaksure point out, these buildings can attract crime and vandalism, which can be expensive to repair and insure against.

Focusing on clearing and repairing existing empty properties in critical areas such as London could in itself be a way to tackle the housing crisis. But building on brownfield sites in this economic environment risks creating more empty properties, which will only introduce additional costs to an already strained and concerned industry.