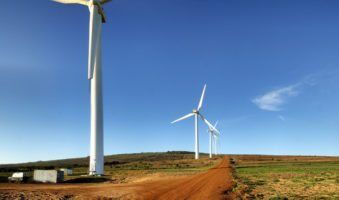 A new European phrase of world-leading collaborative development, research and demonstration (R&D) programme – the Offshore Wind Accelerator (OWA) was revealed by The Carbon Trust. This programme is designed to impact the levelised cost of energy (LCoE) from offshore wind and improve efficiency, availability and reduce costs of existing and future offshore wind farms.

Nine of the largest offshore wind developers in Europe: DONG Energy, EnBW, E.ON, Iberdrola, RWE, SSE, Statkraft, Statoil and Vattenfall have signed up to the programme. Over the next four years the developers will collectively invest at least £6.4 million, boosted by a further £1.5 million from the Scottish Government, to bring new innovations to market that will help to ensure that the typical cost of offshore wind is below £100 per MWh by 2020.

The success of the OWA over the past eight years has been based on an exemplary industry-led RD&D model where the priorities are set by developers to facilitate targeted and efficient commercialisation of new innovations. The projects undertaken by the OWA programme are selected to impact the LCoE by improving performance in offshore wind farm design, construction and operation.

“The Offshore Wind Accelerator (OWA) is a collaborative programme run by the Carbon Trust, which aims to reduce the cost of offshore wind through technological innovation.

“Previous Scottish Government support for the OWA has helped develop new ideas in key areas of importance to companies operating in Scottish waters and I have no doubt this new funding will help firms to continue this important work.

“Only last month, around 350 jobs were announced as a direct result of the construction of the Beatrice Offshore Windfarm, highlighting the massive opportunity offshore wind presents to Scotland and the Scottish economy.

Over the last five years the cost of energy from offshore wind has decreased significantly, largely driven by a combination of innovation, risk reduction and increased deployment rates.

“But we need to continue building on this success by getting the right solutions into market quickly to put offshore wind on the path to cost competitiveness by 2020. The Offshore Wind Accelerator has an impressive track record, providing an effective mechanism for public and private sector to work together to meet the cost reduction challenge head on. Its success lies in the sharing of the risks and rewards of innovation through industry-led collaborative research, development and deployment.

The Scottish Government’s £1.5m investment into the programme, alongside nine of the biggest developers in Europe, shows there is real confidence in the ability of the OWA to continue to deliver cost reductions. We hope this will enable us to leverage further public and private investment into the programme, so our cost reduction ambitions for this important sector can be surpassed.”

“Innovation and cost reduction are key for the future of offshore wind. EnBW believes that the OWA consortium is an excellent industry-driven vehicle to further assess which technologies will lead to these objectives.”

“It is vital that the industry continues to work together in order to drive down costs in offshore renewables. The North Sea is the world’s leading offshore wind development area, and the collaboration between large international developers here is a welcome move towards securing and delivering affordable low carbon energy generation.”

The OWA programme, originally created in 2008, has been a driving force behind a range of new innovations such as; developing and demonstrating new foundations; the development and adoption of 66kV cabling; improving wind resource measurement and modelling, and new innovative access vessels. Over the last eight years the OWA has delivered over 125 projects, ranging from feasibility studies to multimillion-pound, full-scale technology demonstrations. Today, many of the innovations commercialised through the OWA are being deployed by developers building Round 2 and Round 3 wind farm sites, and are delivering direct cost reductions now.

Following a record year for installations in 2015 the European Wind Energy Association estimates that over 20GW of offshore wind will be deployed in Europe by 2020. In additional to benefits of creating a low carbon secure source of electricity, offshore wind also offers greater economic and employment opportunities. Estimates from the International Renewable Energy Agency show that jobs in the European offshore wind industry increased twelvefold between 2007 (6,370) to 2014 (75,000).

OWA partners including RWE, E.ON, Vattenfall and Statoil were among a group of companies who published an open letter earlier this month, outlining a pledge to cut the cost of offshore wind farms to make them a competitive source of electricity generation. The declaration set out an ambition to reach €80 per megawatt hour by 2025.