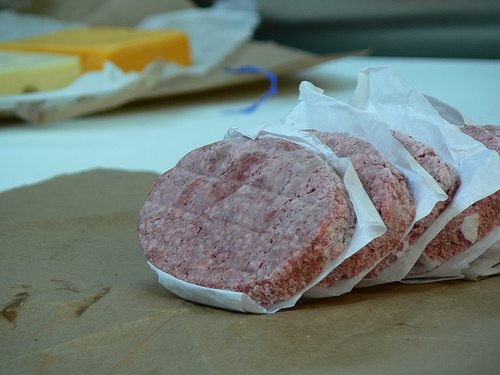 Abattoir inspectors have warned that diseased meat could end up in sausages and pies, as new regulation favours visual checks over more accurate inspections of carcasses.

The new rules have been controversial, especially in relation to pig meat, because hygiene inspectors would not be able to open up the dead animals and spot diseases. They will instead have to rely on visual checks, despite bacteria and abscesses being not visible.

Pigs’ heads go into a series of processed food such as sausages and pies.

Ron Spellman, director general of the European Working community for Food Inspectors and Consumer Protection (EWFC), which represents EU meat inspectors, said, “Last year we know that there were at least 37,000 pigs’ heads with abscesses or tuberculosis lesions in lymph nodes in the head. They won’t be cut now.

“There’s no way to see those little abscesses, little tuberculosis lesions without cutting those lymph nodes.”

A spokesman from the Department for Environment, Food and Rural Affairs (Defra), said, “The changes to the meat inspections will mean less cutting and handling of carcasses and offal, reducing the potential risk of harmful bacteria spreading onto the meat.

“Pigs will continue to be inspected for lesions by a vet and again after slaughter by a meat inspector. All pigs for export will be inspected using the methods agreed with the markets we export to.”

Changes to inspection guidelines have also caused concern that food scandals like horsemeat, which occurred in Britain and elsewhere in Europe last year, could become more frequent.