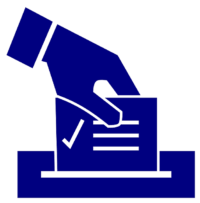 The deadline to vote in the EU referendum was originally midnight on Tuesday 7 June, but it has been extended. The decision was made after an enormous number of people tried to access the site on Tuesday evening and the Cabinet Office’s Register to Vote website crashed, leaving around 27,000 people in limbo. The deadline has now been extended and is set to close at midnight tonight (9 June) instead.

The Electoral Reform Society have welcomed the news after they (along with other campaigners) called on the Government to extend the register to vote deadline after the crash on Wednesday morning.

Katie Ghose, Chief Executive of the Electoral Reform Society, said on Wednesday morning: “It’s clear given the technical errors [on Tuesday night] that the registration deadline should be extended.

“Around 27,000 people were still using the website when it crashed, and while the Government said they were accepting applications after midnight because of this, most only found that out this morning when it was too late. Applications dropped off a cliff with just minutes until the deadline because of this and the faults with the site.

“It’s positive that the Government are looking at ways of extending the deadline and we welcome this.

“This is a similar situation to the 2010 General Election, when people were turned away from polling stations despite being in the queues before close of polls. Those queueing up last night shouldn’t be turned away, and plenty more may have heard about the site crashing and not bothered. There’s still time to put this right, with over two weeks to go until the referendum.

“Given the huge rush to register there is clearly a huge demand for people to have their voice heard, so we believe the deadline should be extended until at least midnight tonight, or ideally the end of the week if feasible. Everyone turned away needs time to hear about the extension and to sign up, and a day might not be long enough given the high numbers involved.

“Over 1.5m people have applied to register this past week, and 525,000 on the final day alone. This huge enthusiasm to take part shouldn’t be cast aside because of a short cut off.

“The #EURefReady campaign launched by the Electoral Commission just a couple of days ago in response to fears of low registration shows just how hard the task is of getting people on the register.

“Both the campaigns are talking about democracy when it comes to the EU referendum – it’s time we applied it to this vote and ensured as many as possible can have their say, despite the glitches last night. An extension to the deadline, met with a corresponding increase in support for Electoral Registration Officers, would be a huge democratic boost for this campaign and this country.

“Fundamentally though, we need a registration revolution in the UK – making voter registration a year-round activity rather than a last minute registration rush – so that people don’t have to jump through hoops to exercise their democratic rights. Voter registration should be triggered at every opportunity – from claiming pensions or benefits, applying for a driving licence or moving home.”