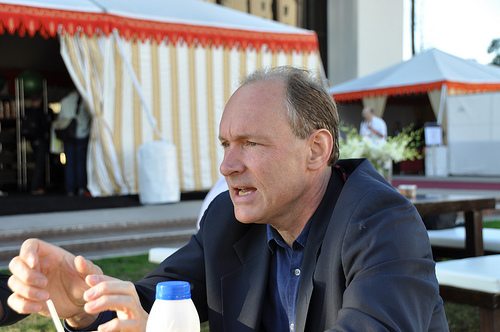 The computer scientist responsible for inventing the world wide web has criticised national security agencies for a lack of “checks and balances” in their surveillance systems.

Sir Tim Berners-Lee, the man who set out his initial proposals for an information management system back in 1989, condemned encryption cracking by spy agencies as “appalling and foolish”.

The comments came on the same day that the UK’s top spy bosses appeared before the intelligence and security committee to answer questions over their work. The head of MI5 Andrew Parker told the committee that the work of British intelligence agencies defends “freedom and democracy”.

Berners-Lee told the Guardian that, by deciphering much of the online encryption, GCHQ and the NSA had severely weakened the online security that hundreds of millions of internet users rely on for data privacy.

His comments add a fresh layer onto the debate about national security and the role of the media. Following the leaks by US contractor Edward Snowden, in which hundreds of secret files were leaked, the Guardian was heavily criticised for publishing the content of those files.

High profile figures, including British prime minister David Cameron, have called for a full investigation into the reporting of the Snowden leaks, but Berners-Lee disagrees. He said, “It seems clear that the Guardian’s reporting around the scale and scope of state surveillance has been in the public interest and has uncovered many important issues which now need a full and frank public debate.”