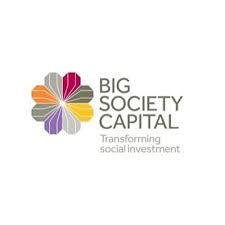 Big Society Capital has announced today that Kieron Boyle will join its Board. Kieron is the Chief Executive of one of the UK’s largest charitable foundations, Guy’s and St Thomas’ Charity. In 2014 Kieron was selected as a Young Global Leader by the World Economic Forum.

Harvey McGrath, Chair of Big Society Capital, said: “We are delighted that Kieron has joined the Board of Big Society Capital. His knowledge and experience of social investment, alongside his impressive policy work around health and social care, make him a great addition to the Board. We know his input will be very valuable as we develop new ways of growing the social investment market to support more charities and social enterprises.”

Kieron Boyle said: “Social investment is an important idea. It has a real role to play in supporting organisations to tackle some of the toughest social issues – not just in the UK but across the world. The challenge now is to build on early progress and to help social investment achieve its full potential. I’m looking forward to working with Harvey and the Big Society Capital Board on doing so.”

Kieron is the Chief Executive of Guy’s and St Thomas’ Charity – one of the UK’s largest charitable foundations. He leads the charity’s efforts to tackle major health and care challenges, accelerate innovation and act as a catalyst for lasting change in Lambeth and Southwark.

Prior to joining the social sector, Kieron worked across the UK government, most recently as Head of Social Investment at the Cabinet Office where he led government’s work to grow the social investment market. In this role he was the UK representative to the G8 taskforce on social impact investment. Outside of work, Kieron is a Trustee of the Design Council and of Catch22, and on the advisory board of the World Policy Institute.