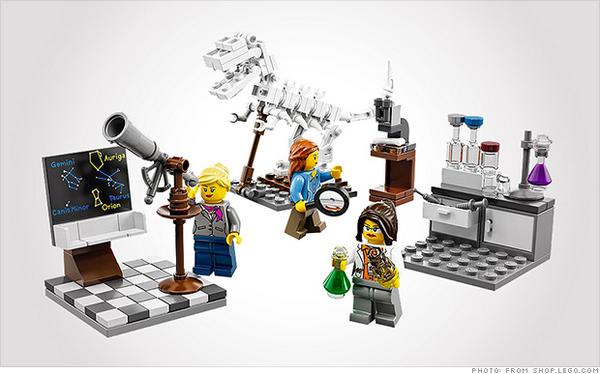 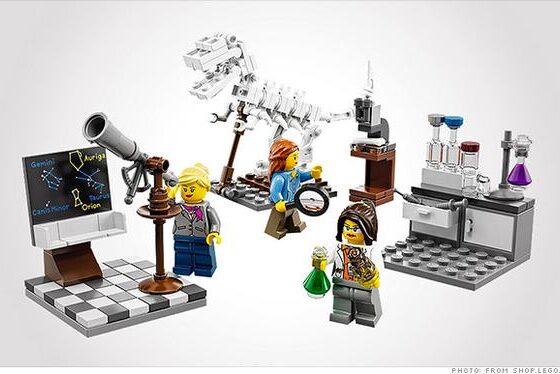 A new set of all female scientists, launched by Lego after customers complained its toys adhered to derogatory gender stereotypes, has sold out in a matter of days.

The toys, which include a female astronomer, chemist and paleontologist, were launched after 7-year-old Charlotte Benjamin sent a letter to the Dutch firm.

She wrote, “Today I went to a store and saw Legos in two sections the girls pink and the boys blue.

“All the girls did was sit at home, go to the beach, and shop, and they had no jobs but the boys went on adventures, worked, saved people, and had jobs, even swam with sharks.”

The product was released via Lego’s Lego Ideas programme, which allows outside designers to design custom sets, so it was not an official response to the online campaign. But, to be created, Lego Ideas must receive more than 10,000 votes from online customers.

Lego has also faced recent criticism from its young fan base over its links to oil giant Shell. Shell currently has an advertising deal with Lego, with its logo appearing on a range of toys.

Greenpeace staged a protest outside Shell’s HQ in London last week to highlight the advertising link between the two companies. Around 50 children and their parents or guardians were involved.

Protestors say Lego’s endorsement of the fossil fuel firm is irresponsible, given Shell’s dangerous ambitions for oil exploration in the Arctic.

Sue Palmer, UK childhood expert and author of Toxic Childhood, accused Shell of using Lego to normalise its “toxic brand” to the next generation.

She said, “It is completely inappropriate for an oil company responsible for huge climate impacts to advertise on children’s toys. Children’s love for favourite toys goes very deep and can influence their attitudes throughout life, so it’s immoral to cynically exploit that relationship.”