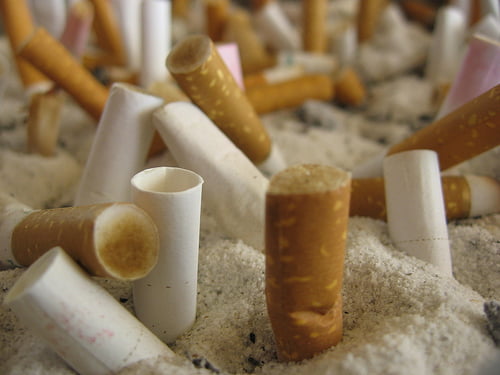 Last year, the council declared that its pension funds had a “duty” to invest in tobacco. These claims have since been called into question by a new report from FairPensions and anti-smoking charity ASH.

According to the council’s own figures, about £10.5m of its pension funds are in tobacco stocks including British American Tobacco and Imperial Tobacco. Many analysts have predicted the complete demise of smoking based on decreasing sales figures around the world, and the report questions whether tobacco is an economical long-term investment.

Hackney council is defending its decision to pump public money into tobacco firms just as Kent county council may have to withdraw millions of pounds invested in tobacco companies.

A total of £24m is said to be tied up in tobacco firms by the council – the exact same figure that we reported in February was invested in the industry by Cornwall council.

Due to be discussed at a forthcoming meeting, the council said that this particular investment – which is shared between four global producers – provided a “difficult ethical balance”.

Both Hackney and Kent councils have specified that they believe this provides the best return for its members. This seems to ignore the many health issues from smoking and passive smoking.

Shops and supermarkets, as of April 6 this year, are required to cover up cigarettes and hide tobacco products from public view following new legislation.

“These shares are widely rated by analysts as over-valued. With sales volumes declining in key markets and increased tax, regulation and worldwide litigation in the pipeline, there has never been a better time to kick the habit.

“There is no obligation to invest in the tobacco industry.”

Many councils that have found themselves under the microscope for their questionable pension scheme investment portfolios have attempted to dodge the bullet by claiming they just wanted good profits for investors. But Dockrell adds that there is a solution.

“There is an easy answer known as the ‘ethical tie break’”, he explains.

“Adopt a policy where the presumption is that if investments have broadly equal value, fund managers should opt for the non-tobacco share.

“That way, managers only invest in tobacco when they can demonstrate that no other share offers equal value.”

Our recent Guide to Sustainable Investment should provide more-than-enough background on the topic of investing with a conscience. We urge you to read it and be inspired.