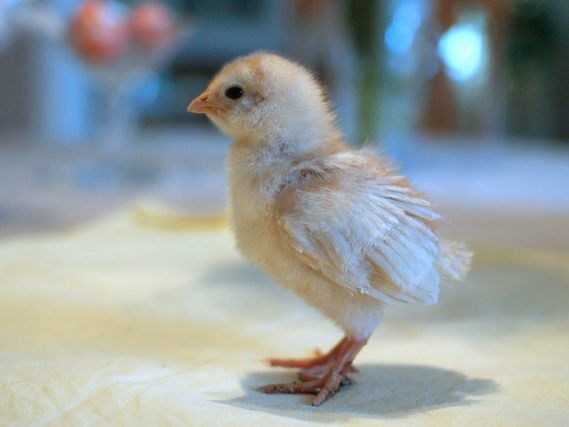 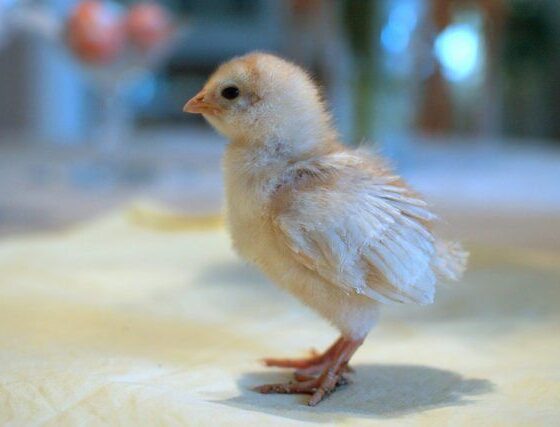 One of the most famous questions in the world, why did the chicken cross the road? Even though it’s fairly rare to see a chicken anxiously loitering by a zebra crossing.

Of course what we are being asked to do is to suspend reality. So let us suspend reality for a moment and instead of a chicken crossing the road, imagine a chicken in a vast shed crammed with other chickens. And let’s imagine one of those chickens is called… Charlie. Meet Charlie the Chicken. The reason Charlie is very unlikely to go anywhere near a road, is because he has, perhaps, drawn the shortest straw of all farmed animals. Charlie is a factory farmed meat chicken.

And as we’re suspending reality let’s imagine we were able to somehow magically bestow upon Charlie our feathered friend the ability to philosophically ponder, not only the metaphysical purpose of roads, but also the meaning of life.

Unfortunately of all the animals that are farmed, meat chickens like Charlie could be forgiven for thinking life is pretty meaningless.

Compared to cows, pigs and even egg laying hens Charlie will live for the shortest period. In fact at around six weeks Charlie faces a life that is shorter than the average school summer holiday.

He is also the most numerous of all farmed animals. 60 billion chickens are reared for meat around the world every year, two thirds in industrial chicken farms.

Charlie will spend his short life confined in a shed, one of many, many sheds, packed with tens of thousands fellow chickens. He may never have anything he can peck and investigate, other than the devices that provide food and water. The litter he stands on will become increasingly contaminated with faeces, which will fill the air he breathes with ammonia. The space around him will become more cramped as Charlie and his fellow shed mates rapidly grow to slaughter weight. In many cases Charlie won’t even get to see the sun rise and fill the shed with daylight, and then grow dark as it sets. Charlie’s growing pains might be even more painful than the average human teenager. For some of his shed mates their rapid growth rate might even be the death of them, as their hearts and lungs and bones struggle with the super charged DNA forcing his muscles and bones to grow incredibly fast.

So if Charlie the chicken should conclude life is bleak and short, he might also conclude he needs a ‘bucket list’ pretty sharpish. What might he put on it? Obviously as a factory farmed chicken his bucket list options are going to be limited.

But maybe some windows might be a good start, so he knows what it is to be able to see daylight? Perhaps something interesting to peck and investigate? And hey – let’s forgive Charlie for going a little bit crazy here! – what about something to perch upon, apart from the faeces strewn floor? And talking of the floor wouldn’t it be nice if the litter didn’t get quite so dirty so quickly? And then a bit more space to flap about in? So maybe not quite so many chickens crammed in the shed? And ultimately, if life is going to be a little bit better, wouldn’t we all want to live a little bit longer? So although it’s too late for Charlie, maybe future generations of chickens might grow a bit more slowly, and so live a little longer with less aches and pains?

And it’s these seemingly simple things, that Charlie might put on his bucket list, that World Animal’s Protection’s ‘Change for Chickens’ campaign is hoping to tick off, to give all meat chickens a better life. We hope you’d agree with us, that is these simple things that those who buy chicken meat from factory farms should be insisting on, that could make Charlie the chicken’s short life a bit better. Not just in a few countries around the world, but for every chicken like Charlie wherever they might be.

But of course when we come back to reality, just as there is no chicken at the roadside looking both ways for a gap in the traffic, there is no Charlie chicken. There’s just a small, sentient, anonymous ball of white feathers. One of 40 billion around the world, alive on average, for just 42 days in a dark, barren, cramped, ammonia filled shed, who knows nothing other than what has been provided for him.

Maybe, just in case there really is a Charlie the Chicken, we all need to suspend reality a bit more often? Maybe if we did, we would all try a bit harder to find a way to give Charlie a better life.