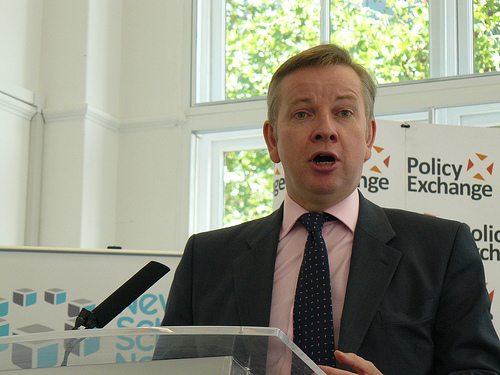 Education secretary Michael Gove has sparked anger after saying that families turn to food banks “because of poor financial management”.

The comments, which were made during education questions in the House of Commons on Monday, were blasted by Labour MPs, who say that Gove is out of touch.

When asked by shadow climate change minister Luciana Berger how he planned to address families having to rely on support to provide school uniforms for their children, Gove said that he “understood the considerable pressures” faced by low-income families, but further remarked that they were often in these situations due to “poor financial management”.

He said that their positions were “often as a result of decisions taken by those families”.

Berger said, “People I have met are ashamed to have to turn to food banks. I vehemently disagree it is because they have mismanaged their finances. This government has got no answer to the millions of parents that are really struggling to get by.”

Responding to Gove’s comments, Citizens’ Advice chief executive Gillian Guy said, “It is appalling to suggest the rise of food banks is due to poor financial management. It’s a smack in the face to families who are working hard but can’t make ends meet, leaving them with no other option but to turn to food banks to feed their families.”

A study carried out last month by Citizens’ Advice noted a 78% increase in enquiries made to food banks across the UK, with those involved in providing support predicting further increases once the universal benefits system is introduced in October.

Adrian Curtis, Trussell Trust UK food bank director said, “Hunger in the UK is all too real and to suggest that families are turning to foodbanks because of poor budgeting is an insult to thousands of people in poverty across the UK.”

We need to tackle the root cause of inequality and poverty