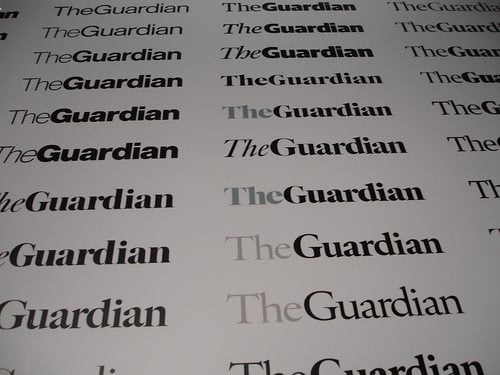 Press regulation campaign group Hacked Off has this week called for the Guardian newspaper to resist joining the Independent Press Standards Organisation (IPSO), which it says was set up “to dodge the consequences of the Leveson inquiry”.

In an email sent to supporters, Hacked Off director and university professor Brian Cathbert said, “We are concerned that the Guardian is under strong pressure from the big national newspapers groups to join IPSO.

“IPSO, as you may know, is the shabby PCC [Press Complaints Commission] replacement cooked up by the [Daily] Mail, the Murdoch papers and their friends in the effort to dodge the consequences of the Leveson Inquiry. They are desperate to get the Guardian to participate.”

The Guardian’s reporting of the print media’s wrongdoings helped bring the issue to light and eventually led to Lord Justice Leveson’s inquiry in 2011. The subsequent Leveson review made a series of recommendations on how the press should be regulated.

Earlier this year, a panel was put together to head up IPSO, which included former Manchester Evening News editor Paul Horrocks and Times editor John Witherow – despite Leveson recommending that the panel should remain independent from the press.

The Leveson review was conducted in the aftermath of the News of the World’s closure in 2011. Since then, there have been multiple attempts from the press to oppose the royal charter on regulation – with many arguing that self-regulation would maintain higher standards and political autonomy. All claims have so far been rejected.

Hacked Off urged its Guardian-reading supporters to write to the newspaper’s editor Alan Rusbridger to ask him to maintain his stance against joining IPSO.

Leveson one year on: public figures back royal charter on press regulation

On this day in 2011, news of the world ceases publication