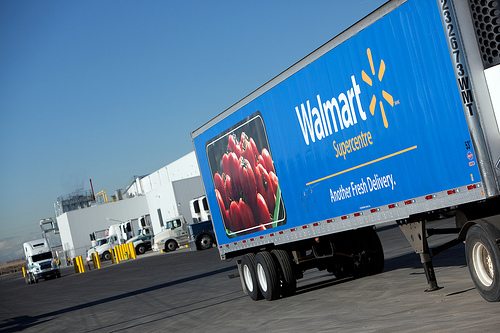 A former child worker and a factory fire survivor will join Walmart employees on strike at the retailer’s annual general meeting (AGM), in an effort to urge the company to improve wages and poor working conditions both in the US and overseas.

Kalpona Akter, who was a garment worker, and Sumi Abedin, who survived the Tazreen Fashion factory fire in November 2012, have travelled from Bangladesh to the US thanks to funds raised by lobby group Making Change at Walmart.

They hope to attend the company’s AGM, taking place on June 7 in Arkansas, to urge shareholders to push for improved working conditions and safety in the supply chain.

Akter, who started working when he was 12 and is now the executive director of the Bangladesh Centre for Worker Solidarity, said, “Walmart and the other large retailers hold the key to ending senseless deaths in garment factories throughout the world.

“Walmart must ensure good pay and safe working conditions for all workers in its supply chain from the factories to the warehouses to the stores.”

The Bangladesh Centre for Worker Solidarity has worked with several large retailers to improve safety regulation in Bangladeshi factories. Many of them, including Marks & Spencer, have agreed to sign an agreement about fires and building safety, but Walmart didn’t.

The pressure group then decided to fundraise to allow the two former workers to travel to the US and campaign directly against the retailer. While they were on tour, the Rana Plaza factory collapsed, leaving over a thousand of people dead.

“After Rana Plaza the conversation has changed and there is more attention than ever before on horrible labour conditions inside the factories that produce clothing for major global brands like Walmart”, Akter said.

“Unfortunately as other retailers start to take responsibility, Walmart and Gap continue to turn a blind eye.”

In May, investors and religious groups signed a letter addressed to retail giants, asking for better working conditions in overseas factories and more respect for human rights.

Fashion industry and US college team up for sustainability