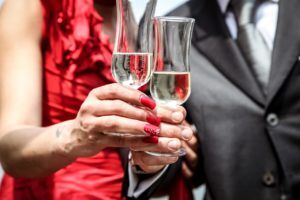 The ‘Problem’ of Masculinity: Do We Need Offset Credits?

In the last few years, it has become evident that masculinity and the subject around this is becoming increasingly popular.

In particular, masculinity is seen as a problem, as demonstrated by increasing references on social media to “toxic masculinity” and “masculinity so fragile,” as well as a long list of magazine articles about what it means to be a man in contemporary society.

There is also a backlash to these criticisms from people who can loosely be described as Men’s Rights Activists who believe men are under attack from those who want to erase masculinity. These activists seek to resist this perceived erasure by organising campaigns such as the boycott against Star Wars: The Force Awakens over the film’s casting that decentralised traditional masculine roles.

These debates about masculinity are often very bitter, resulting in both sides becoming increasingly entrenched in their position. One way around this obstacle to progress is to find another vocabulary for discussing masculinity and to employ a different frame that has a greater level of consensus as to its importance.

For women, masculinity is a sustainability issue because they are still largely oppressed by patriarchy.

For society, masculinity is a sustainability issue because it results in violence, whether between individuals or nations in the form of war.

For the environment, masculinity is a sustainability issue because its results in a dominator mentality that exploits natural resources, as well as connecting lifestyle choices such as eating less meat with being unmanly.

Masculinity Offset Credits
One method that seeks to make the world think more seriously about climate change as a sustainability issue is to frame it within the language of the market. The creation of carbon credits allow for those with a large carbon footprint to offset their impact upon the world by the purchase of credits that assign market value to that footprint and also finance initiatives that neutralise its existence.

As a new proposal, Masculinity Offset Credits would follow the same logic as carbon credits. Such credits could be purchased by businesses, generating revenue which is then invested in initiatives that mitigate the impact of masculinity.

Why Should Business Pay?
Business benefits from the impact of masculinity in various ways. In particular, many of the values that are rewarded in the workplace such as competitiveness and power are traditionally masculine values and often rapidly tip over from being useful into being unsustainable.

Business also has a debt to pay to women by favouring men and masculinity. Despite some famed outliers, most women still experience various levels of discrimination in the workplace, which is also unsustainable.

And business benefits from the unsustainable use of natural resources, which can be traced back to the traditionally masculine value of domination over the environment.

It is only fair for business to acknowledge that it profits from masculinity and to takes steps to make masculinity more sustainable. Masculinity Offset Credits would therefore be seen as a core component of Corporate Social Responsibility efforts.

Of course, it is not just business that benefits from unsustainable masculinity. The same logic can be applied from the individual right through to governments, and Masculinity Offset Credits should be priced in a way that would make them accessible to all who find this moral call to action compelling.

The Masculinity Offset Credit Business Model
The first step to creating a business model around Masculinity Offset Credits would be to establish an indicative value of the impact of masculinity upon the world. This value would inevitably be highly contestable, but it would function at the very least as a way of garnering attention, as it could potentially end up being measured in trillions of dollars.

The resulting social impact fund could also be opened to investment beyond the value of the credits. For example, a credit purchase of $100 is a sunk cost and offers no return to the purchaser, but it also offers the option to invest $1000 in the fund with the possibility of a return. This element of the scheme would allow the fund to scale and also to appeal to traditional ROI motivations beyond the purchase of straight credits.

In short, Masculinity Offset Credits could transform the discussion around the “problem” of masculinity, as well as providing a much-needed source of financing for those taking steps to create a more sustainable future.