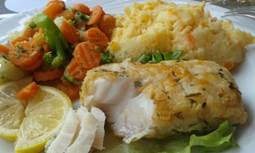 Something Fishy is Going On in EU Restaurants

Oceana applauds the adoption of a resolution on the traceability of fish products in restaurants by the European Parliament, a policy initiative by the chair of the Fisheries Committee MEP Alain Cadec.

The resolution was created in response to Oceana’s 2015 report which revealed one in three fish sold in restaurants in Brussels is mislabelled. This wake-up call from the European Parliament urges the European Commission and Member States to tackle the widespread practice of the fraudulent mislabelling of fish across the EU, through strengthened controls and inspections, in particular in restaurants, and the adoption of DNA testing to help species identification.

Lasse Gustavsson, Executive Director of Oceana in Europe, said: “The fallout of our fish fraud investigation involving restaurants, caterers and EU institutions comes to a clear conclusion: restaurants are falling through the gaps of traceability rules.

“A comprehensive traceability system for fish products, from boat to plate, is not only necessary to protect consumers, but it is crucial to guarantee the sustainability of our fishery policies in Europe, for instance by preventing illegal or unsafe fish to enter the market.”

While recent studies conducted in the European Union have seen lower levels of seafood substitutions for unprocessed fish, for instance those sold in supermarkets, other studies have revealed much higher levels of fraud in restaurants, principally as they are subject to fewer labelling rules.

While fish consumers in supermarkets can easily and confidently find the scientific name, commercial name or information on catch area, restaurant customers are unable to make a similarly informed decision. In addition, national authorities often struggle to effectively inspect restaurants often due to reduced capacity or because of administrative limitations in their mandate to carry-out unannounced or mystery controls.