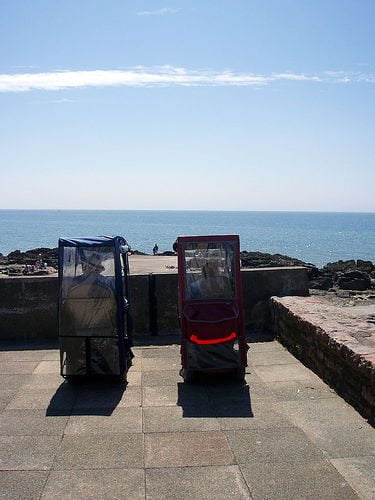 A leading thinktank has warned the government that most Britons are not saving enough for their retirement, calling the issue a “pensions timebomb”.

Policy Exchange claims that around 11 million people are saving six times less than they should for their retirements, and is calling on the government to make savings for pension funds mandatory.

Although its report, Help to Save,  supports measures introduced by the government under its auto-enrolment scheme, which sees an annual contribution of around 8% of earnings, it estimates that a worker earning the average £27,000 salary will only meet 55% of the target pensions savings.

Under the government’s scheme, private sector employees can opt out after they are automatically enrolled, but the Policy Exchange report suggests that this should end unless individuals can show they have sufficient funds saved.

James Barty, author of the report, said that the lack of savings was putting an “intolerable burden on the state”. He added that this was a problem that needed to be addressed “sooner rather than later”.

Barty said that a similar approach should be applied to pension contributions to that of tax and national insurance – one that is mandatory for every individual.

It is believed that an ageing population, along with a lack of savings, will create a pension crisis in coming years. Currently, 17% of the UK population is estimated to be over the age of 65, but this figure is projected to increase to 24% within the next 50 years.

The proportion of the UK population aged 85 and over is expected to treble, however, from 2% to 6%.