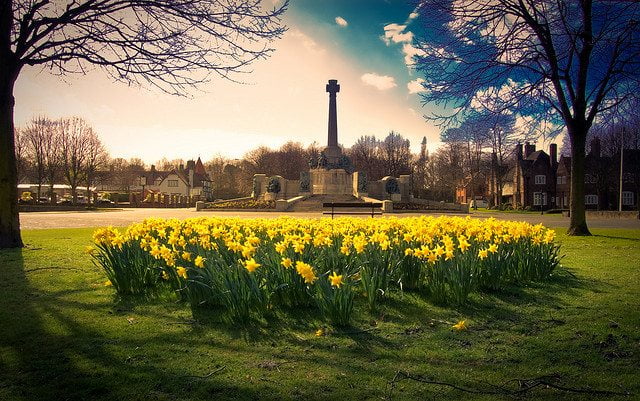 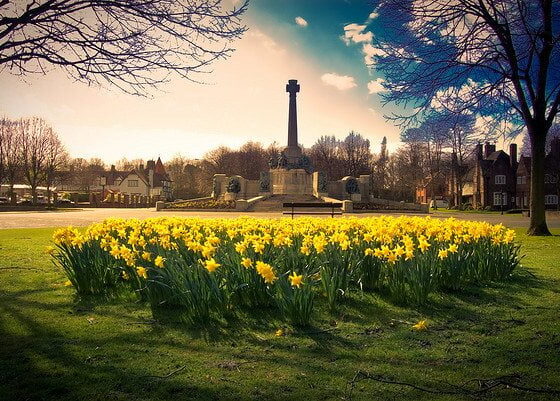 Wilfred Owen is considered by many to be the best of the war poets. An Englishman who realised early that poetry was his calling, Owen experienced the trauma of front line fighting first hand. His poetry shocked many contemporaries with its graphic honesty and its unashamed contempt for war.

Tragically, he was killed in action exactly one week before the end of the war, aged just 25. His immortal works have long outlasted him.

Dulce et Decorum est is perhaps Owen’s best-known poem. Its title comes from Dulce et decorum est pro patria mori by the Roman poet Horace – which roughly translates to “How sweet and honourable it is to die for one’s country”.

Written in 1917, the poem paints a horrifying picture of chemical warfare.

Till on the haunting flares we turned our backs

And towards our distant rest began to trudge.

Men marched asleep. Many had lost their boots

But limped on, blood-shod. All went lame; all blind;

Drunk with fatigue; deaf even to the hoots

Of tired, outstripped Five-Nines that dropped behind.

But someone still was yelling out and stumbling

And flound’ring like a man in fire or lime…

Dim, through the misty panes and thick green light,

As under a green sea, I saw him drowning.

In all my dreams, before my helpless sight,

He plunges at me, guttering, choking, drowning.

If in some smothering dreams you too could pace

Behind the wagon that we flung him in,

And watch the white eyes writhing in his face,

His hanging face, like a devil’s sick of sin;

If you could hear, at every jolt, the blood

Come gargling from the froth-corrupted lungs,

Obscene as cancer, bitter as the cud

My friend, you would not tell with such high zest

To children ardent for some desperate glory,