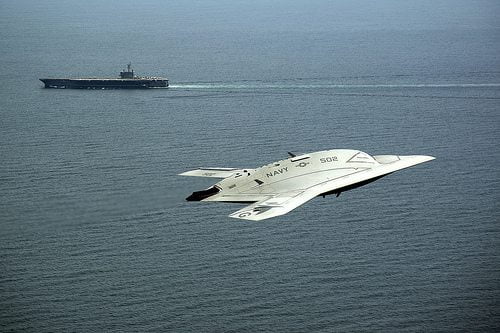 Signatories to the UN Convention on Conventional Weapons (CCW) will decide on Friday whether international discussions are required to debate a pre-emptive ban on fully autonomous weapons, or ‘killer robots’.

Although such technology has not yet been fully developed, several nations including the US, the UK, China, Russia and Israel are allegedly working towards them.

Unlike conventional drones, once activated, these weapons would be able to identify and fire upon human targets without any intervention from a human pilot. This has caused widespread concern.

Supporters of fully autonomous weapons say that they would reduce the danger to soldiers and increase the accuracy of attacks. They also argue that an autonomous weapon would not be biased in its actions by emotions and the instinct for self-defence.

However, opponents say that the machines will lack compassion, adding that there is no guarantee that they will effectively avoid civilians.

Human Rights Watch and the Harvard Law School’s International Human Rights Clinic have issued a report urging delegates at the annual meeting of the CCW in Geneva to take the first steps in prohibiting such technology before it can be produced.

France, the hosts of the next meeting of the CCW, has proposed a mandate to add fully autonomous weapons to the convention’s program in 2014.

Noel Sharkey, a professor of robotics at the University of Sheffield and chair of the International Committee for Robot Arms Control, is currently in Geneva lobbying for a ban.

“No machine can discriminate between a civilian target and a non-civilian target”, he told BBC Radio 4’s Today programme on Thursday.

The US Navy is this week testing an experimental autonomous combat air vehicle called X47B. The robot has made a number of successful flights and can even land aboard an aircraft carrier. Officials have said that the demonstration model will never be armed, but it does possess weapon bays with the capacity to carry 4,500lbs of explosives.

In October, a joint investigation by Human Rights Watch and Amnesty International claimed the use of conventional drones by the US in attacks in Pakistan and Yemen amounted to a breach of international human rights laws.

The University of Edinburgh also announced that it was dropping its £400,000 investment in Ultra Electronics, a UK company that produces components used in drones, on ethical grounds.

Protestors arrested at RAF base want to ‘put drones on trial’