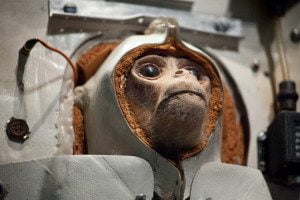 In the countdown to World Day for Laboratory Animals on April 24th the National Anti-Vivisection Society (NAVS) has released shocking details of primate experiments and their failure.   The animal suffering in the experiments is clear and NAVS, the world’s oldest anti-vivisection organisation, describes them as “unreliable, unethical, unnecessary.”

Around 6,000 primates are used in European laboratories each year, 2,466 in the UK. Over half are subjected to a barrage of regulatory safety tests.  Our closest relatives in the animal kingdom are restrained, force-fed and injected with drugs and other substances to measure their toxic effects. Despite advanced alternatives like microdosing, which enable more accurate earlier study, many of these tests continue to be driven by outdated regulations.  The NAVS reveals:

National Anti-Vivisection Society Campaigns Director Tim Phillips says: “Thousands of primates are subjected to horrific experiments in the UK and Europe each year. It is to our shame that we continue to use our closest relatives in tests where there are technologically advanced, humane methods available that give reliable human-based data.  It is almost a decade since the European Parliament called on the European Commission to set a timetable to replace these tests, yet there has been little progress.”

Monkeys were used in vaginal HIV tests alongside a clinical trial in women.
Fourteen female macaque monkeys were used for an HIV study conducted at St George’s, University of London and funded by the Bill & Melinda Gates Foundation, the Wellcome Trust and the Sir Joseph Hotung Trust.  During pre-clinical tests for an intravaginal gel, the primates had an HIV protein and the gel inserted into their vaginas under sedation. Every 2-3 days the procedure was repeated, a total of nine times, with some animals undergoing three cycles of treatment. At the end of the experiment the animals were killed. The researchers admit the repeated sedation may have influenced immune responsiveness.

A similar topical gel had already shown “great promise against vaginal HIV transmission” in women.   NAVS asks, why are monkey tests continuing when far more reliable data must be coming from the human studies?

Monkeys were subjected to eletroejaculation for tests on a drug being used at the same time in cancer patients.  In a test by GSK Vaccines, every two weeks six monkeys were injected with the compound a total of eight times, while two monkeys received saline injections. To evaluate sperm formation, the monkeys underwent electroejaculation while fully conscious, a total of nine times every three weeks. The procedure commonly involves restraining the animal and wrapping defibrillator pads and lubricating gel around the penis, applying increasing voltage until ejaculation occurs. The animals were killed at the end of the experiment. Conducted at CiToxLAB in France, the primates had been imported from Mauritian primate supplier Noveprim Europe’s distribution hub in Spain. The NAVS has exposed animals at the facility being brutally handled by staff and confined in small cages. The dealer is also known to take primates from the wild to replenish its breeding stocks.

For 40 years experiments have been conducted on the brains of monkeys at the Institute of Neurology in London. In one such study funded by The Wellcome Trust, the National Centre for the 3Rs, and theBiotechnology & Biological Sciences Research Council the heads of three monkeys were cut open to implant a recording chamber, a restraint head piece fixed, and electrodes were implanted into their brains. The monkeys were required to grasp different objects for a food reward, their brain activity recorded with and without the delivery of an electrical current to their brain. At the end of the experiments two of the animals were killed.

This was another example of monkeys being invasively experimented upon when humane studies of patients were also being undertaken.  Despite acknowledging this and the availability of such data, the same group went on to publish a similar study two years later. Twenty years ago, in 1996, an NAVS investigation inside the Institute of Neurology revealed monkeys being used in such procedures.

Despite a number of previous animal and human studies, researchers at the National Veterinary School of Lyon simulated human periodontal disease in 8 macaque monkeys to study dental cavity material effects on healing. Funded by manufacturer Dentsply, the monkeys were subjected to multiple surgeries, involving cutting into their gums to expose the roots of the teeth and jaw bones. Eight cavities were created in each monkey and inflammation of the gums deliberately induced. Then various substances were used to fill in the damaged teeth. After twelve weeks the monkeys were killed and examined. Highlighting a fundamental flaw of the research, it was noted “the induced inflammation…..is different from the inflammation caused by [human] periodontal diseases”.

The Ministry of Defence implanted monitoring devices into 26 marmoset monkeys, gave them daily injections, and forced 16 of the monkeys to inhale the meliodosis bacteria.  The bacteria is responsible for respiratory disease suffered by people who have had contact with infected soil and water in parts of Asia and Australia.  Symptoms the animals endured included fever, lethargy and severe damage to the liver, spleen and lungs. All were killed at the end of the experiment. The MOD claimed they were seeking a therapy, yet there are already a number of human therapies to treat meliodosis, which commonly incubates over more than two months compared to just hours in marmosets.

Almost ten years ago, in 2007, Members of the European Parliament instructed (in Written Declaration WD40/2007) the European Commission to set a timetable to phase out experiments on monkeys.  Sadly little progress has been made.

Aside from the ethical considerations, there are fundamental differences at the cellular, genetic and immune system level, making data from primate tests unreliable for humans – as shown in the cases of TGN1412 and BIA 10-2474. Outcomes can also be affected by factors including stress and the animal’s age, diet and sex.

In the coming week, as the suffering of laboratory animals is marked all over the globe on World Day for the Laboratory Animals, the NAVS is calling for action to end cruel experiments on monkeys.