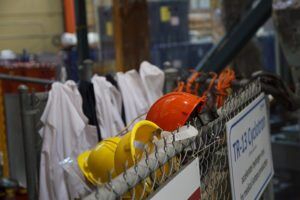 Risk Of Animal Experiments To Rise In UK After Brexit

Following Brexit, the National Anti-Vivisection Society (NAVS) is concerned that hard-fought EU regulations on animal experiments could be rolled back in the UK.

Decades of progress have seen the replacement of outdated animal tests with advanced non-animal techniques. Government figures released today show a rise in the number of animals used for research last year (4,142,631).

Jan Creamer, President of the National Anti-Vivisection Society said, “With the introduction of advanced scientific methods, we and the public expect to see year-on-year reductions in animal use, so this increase is not what the public wants. The prospect that Brexit could turn the scientific clock back, returning to outdated methods, is a real concern.”

Researchers in the UK have previously called for less regulation and may well now press for “cutting through the EU red tape” to make it easier to test on animals, with less scrutiny and oversight.

While the UK is unlikely to allow cosmetics testing on animals, the EU Cosmetics Directive also bans the import of products that have been tested on animals.  This key Directive prevents countries such the USA, China and others from selling their cosmetic products in Europe if they have been animal tested.

Brexit may also jeopardise proposals to phase out laboratory primate use. The EU proposals to end the use of monkeys born from parents caught in the wild would be weakened if the UK does not demand the same standards.  The EU plan would stop monkey dealers in Mauritius, Vietnam and elsewhere, from restocking their factory farms with animals captured in the wild. The UK itself does not currently use monkeys born to wild caught parents.

Proposals to reform Section 24 (the ‘secrecy clause) of the Animals (Scientific Procedures) Act 1986 (2012 Amended) (ASPA) are now also uncertain. Over two years have already passed since a Government consultation on freedom of information and Section 24 and no decisions have been given. Section 24 of the ASPA places a blanket ban on the release of details about animal experiments, preventing wider public and scientific scrutiny of decisions made by Home Office officials. The NAVS has argued for wider public and scientific scrutiny of proposals to use animals in research, especially in light of the Freedom of Information Act and its provisions for personal security.

Following the adoption of EU rules, and from last year, changes have been made to the way the ‘Statistics of Scientific Procedures on Living Animals, Great Britain’ have been compiled, with actual severity of procedures published and use of animals reported at the end of the project, rather than the beginning as previously.

– Over 752,000 experiments and breeding procedures forced animals to suffer severely (185,100) or moderately (567,058). ‘Severe’ suffering can include internal bleeding, heart failure, and nerve damage. ‘Moderate’ suffering can include implanting a device into monkeys’ skulls, with common adverse effects including wound infections. 1,869,519 ‘mild’ experiments were conducted, which can include food or water restriction to motivate performance in behavioural tasks and foot shocks in mice.

– 3,405 dogs were used ‘for the first time’ in tests which can involve force-feeding compounds such as agricultural chemicals, or having toxic substances pumped into their veins. The controversial government approval of plans to expand a beagle breeding facility in Yorkshire is likely to fuel demand, warns the NAVS.

– 2,234 monkeys were used ‘for the first time’ in experiments. Monkeys are used mainly to test drugs and typically endure force-feeding or injections of experimental compounds; full body immobilisation in restraint chairs whilst they are experimented on.

– Almost a third of experiments were on genetically modified animals. Many hundreds of thousands more suffer during the creation and maintenance of animals with genetic modifications, who can suffer from deformed limbs, fused bones and painful swellings.

The NAVS studies of the use of animals in research have produced a wealth of information showing that the fundamental differences between species in their reaction to substances has produced misleading results. What is needed is replacement of outdated animal tests with advanced, scientific techniques that are more relevant to humans. The fastest growing area of science is advanced techniques and a bank of alternative methods can provide accurate human data instead of animal data.