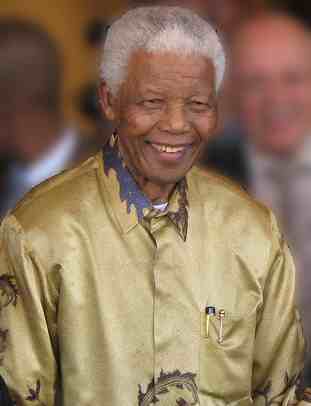 Madiba, as Mandela was also known, had a longstanding lung infection that had begun to get worse over the past few months. People in South Africa and elsewhere are gathering to mourn the man who after serving 27 years in prison for his political actions, became the country’s first black president in 1994.

Zuma said, “Our nation has lost its greatest son. What made Nelson Mandela great was precisely what made him human. We saw in him what we seek in ourselves.Fellow South Africans, Nelson Mandela brought us together and it is together that we will bid him farewell.”

He is remembered for his fight to make South Africa a country where black and white people could live together in a more equal society. But he is mostly known for having led the fight to end apartheid, the system of racial segregation that had engulfed his homeland for over four decades.

Mandela became a symbol for freedom and democracy, and remained one of the world’s most influential people even after his retirement. He would often condemn war actions by western countries, such as the military operations in Kosovo and Iraq.

World leaders have expressed their condolences after his death. David Cameron said, “A great light has gone out in the world. Nelson Mandela was a towering figure in our time; a legend in life and now in death – a true global hero.

“Across the country he loved they will be mourning a man who was the embodiment of grace. Meeting him was one of the great honours of my life.”

Writing in the Guardian, Barack Obama said that Mandela was his inspiration to become politically active for the first time at college. The US president said he later joined the divestment campaign against South African apartheid.

“The story told by Mandela’s life is not one of infallible human beings and inevitable triumph. It is the story of a man who was willing to risk his own life for what he believed in, and who worked hard to lead the kind of life that would make the world a better place”, Obama wrote.

Meanwhile, Prince Charles said, “Mr Mandela was the embodiment of courage and reconciliation. He was also a man of great humour and had a real zest for life.

“The world has lost an inspired leader and a great man. My family and I are profoundly saddened and our thoughts and prayers are with his family.”