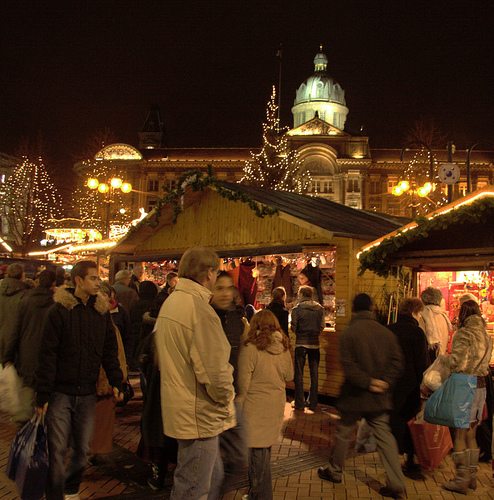 More than half of Christmas shoppers are choosing to shop at small independent outlets and Christmas markets over the festive period rather than at large stores, research by TSB has found.

Across the six regions analysed – London, the south-east, Yorkshire, the Midlands, Wales and Scotland – shopping locally was generally more popular than shopping at high street chains, purchasing online and travelling to shopping centres outside the community.

Richard Harris, network director for TSB in London and the south-east, said, “Many people do not realise that up to 70p in every pound spent locally is re-invested back into the local community. By choosing to do Christmas shopping in a small, local shop people can make a real impact.”

Shopping locally has many benefits for the local area including job creation, community wellbeing, improving competition and reducing the environmental impact purchases have.

At the beginning of December, Small Business Saturday helped thrust local and independent UK firms into the spotlight. The initiative aimed to encourage consumers to visit and buy from their local retailers and help them compete with larger rivals.

Blue & Green Tomorrow’s Guide to Sustainable Spending 2013, published in December, looks at how consumers can continue to buy products without having a negative affect on the environment and communities worldwide.

When respondents to the TSB survey were asked why they were choosing to shop locally, the most common answer was convenience. However, many understood the impact their spending has on the local community and stated this had an affect on their shopping habits.

In the south-east, 79% said they were aware of the impact their spending has and 45% said they shopped locally to support small businesses. Wales was the least aware region but 67% still understood how shopping locally benefitted the community.

Consuming nothing to consumer everything