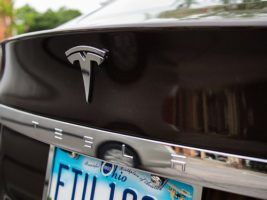 Elon Musk Works Through And Around Obstacles

When I heard that Elon Musk and Tesla Motors had to sue the state of New Jersey and then a cascade of subsequent states just to sell cars without going through the antiquated car dealership model, I lost hope for a moment. I felt like not only do we like that vision to create a cleaner and sustainable future, but when forward thinking titans of industry get blocked by ridiculous laws that prop up business as usual I felt defeated. In my wilted state I managed to keep learning, however, and discovered that Musk is winning his battle for alternative delivery methods, even when the various state courts shoot him down. He’s done this by finding workarounds and using whatever means possible. This reversed my mood and encouraged me.

The current model of car dealerships was set up decades ago to make competition with the major car companies difficult. In order to sell new cars you have to first go through a licensed dealership and those have the autonomy to promote whichever cars they want. Dealerships often make more money by selling particular brands and made additional profits from servicing the cars after purchase. Both of these facts put Tesla in an unfair sales position at a conventional dealership because they don’t give incentives to salesmen and their cars require virtually no maintenance. With the additional friction that salesmen don’t particularly understand the electric cars, selling Teslas at conventional dealerships was a losing proposition.

What I failed to understand is that Elon Musk is as sneaky as he is determined. He is not merely trying to create a car to compete in the market, he is trying to create a model that will save the planet from the pollution. This became more clear to me when I learned more about his other business, most notably the Gigafactory and SolarCity. Not only is Musk taking on the daunting challenges of providing enough battery power to fuel a massive fleet of electric cars, he is also providing the clean fuel source, solar power, with innovation and on a scale that it will make a difference.

With the Gigafactory, SolarCity and Tesla Motors, Musk is employing vertical integration. A supply strategy where all facets of production are controlled by the same company. This strategy has been dismissed over the years on an economy of scale because suppliers of parts would compete to drive down prices and improve outcomes. But we’ve reached a point in our linear economy where that no longer serves us. Vertical integration promotes a circular economy where there is less waste, which lowers cost and improves reliability.

The Gigafactory is the perfect example of vertical integration and a circular economy. With the Gigafactory, the minerals used to create batteries are brought in via train in raw form, straight from the mines. At the Gigafactory the minerals are processed and then constructed into the batteries. Normally, minerals are mined, then shipped to a processing plant where they are refined, then sent to plant where they are manufactured and then packaged. Then they are shipped again where the packaging must be removed and the batteries must be configured to the packs necessary for the products. This is wasteful and expensive. By bringing the ore straight to the Gigafactory, Musk estimates that they can immediately reduced the cost of the expensive fuel delivery system by 20 percent. This becomes significant when we understand that it is the main cost of the Tesla cars. Additionally, the are creating batteries that go with solar power, which will allow installations from SolarCity to be less expensive and more efficient.

Ultimately, the Gigafactory can make Tesla Motors and SolarCity more effective and less expensive as Elon Musk works to overcome the entrenched obstacles created by old vertical economic models that have no regard for our environment. It’s maddening that these obstacles exist when the world needs all hands on deck to overcome our environmental challenges. But it’s encouraging that there are people like Elon Musk who are willing to take on the establishment as well as outsmart them.