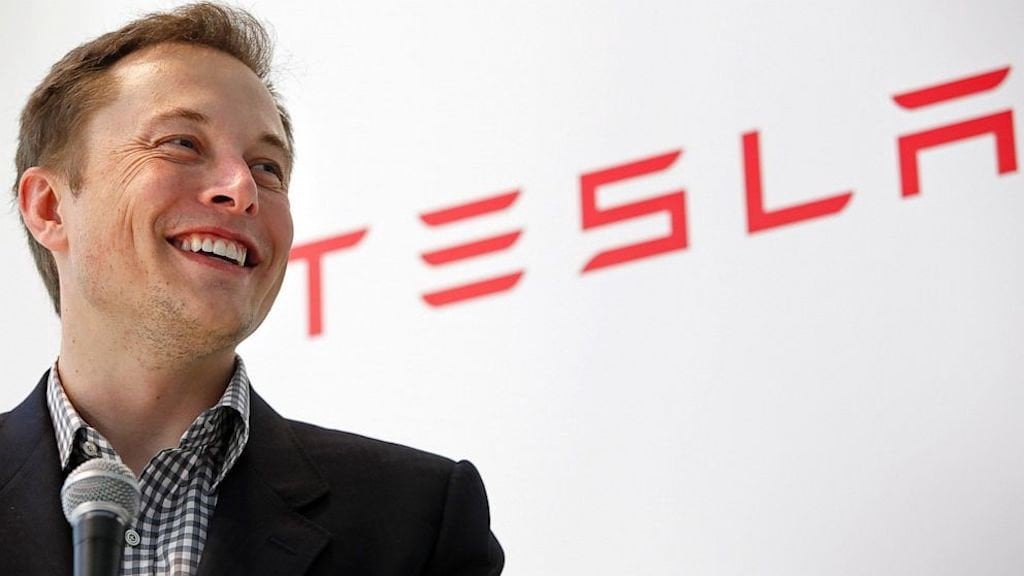 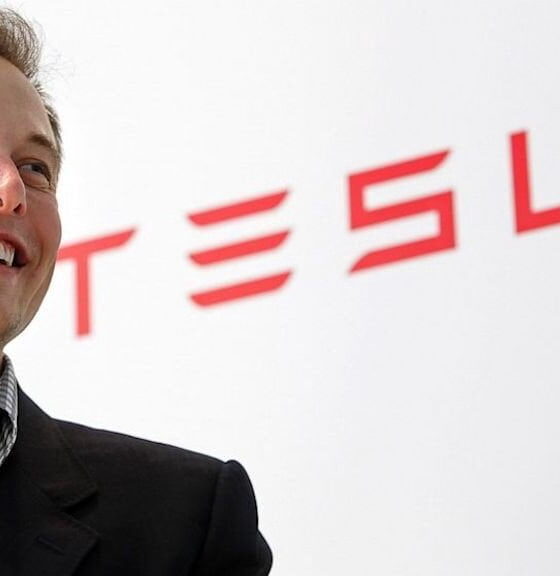 Tesla’s Fight Against the Oil Lobby for a Greener Future

Elon Musk ― some may call him a visionary, others may call him ambitious, but for me, he is the pathfinder for a greener and sustainable future. Presently, Musk is the CEO of companies like Tesla, SpaceX, Neuralink and The Boring Company. Each of these companies are focused at delivering a better standard of living and sustainability of the human race. He has fixed his goal at changing the world with his revolutionary ideas. But, making big strides toward greatness comes with a lot of challenges — and some of them come from surrounding people. For Elon Musk, these challenges are just confirmations of his progress. As the saying goes: “If you have haters, you are doing it right.”

Tesla has become one of the most popular electric car manufacturing companies in the world. The innovative design, high torque output and visual appeal has attracted a lot of eyeballs in the industry. The company has been able to build such strong brand loyalty in the market that more than 500,000 people blindly registered for the newly announced Model 3, paying $1,000 as a registration fee. The sales volume of Tesla cars has soared over the past years. Reports from Statista has shown that the number of Tesla cars delivered in the last quarter of 2017 was nearly 29,900 units — a record high for the company, as shown in the graph. 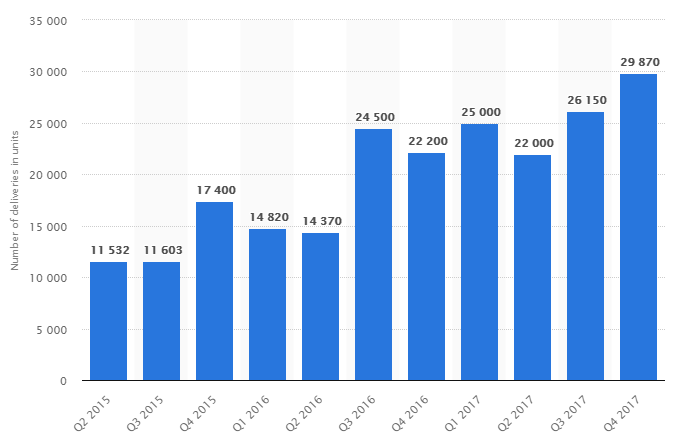 And the demand for electric cars has been at an all-time high as well. More companies are trying to enter in the electric car segment. New entrants like Lucid Air and Faraday Future have already showcased their upcoming products. Big brands like BMW, Dailmer-AG, and Volvo are spending extensive amounts of resources to launch their own electric cars in the market. These trends in the automotive industry shows a clear shift in paradigm. With the rising demand for electric cars, the future market is likely to be more inclined toward sustainable energy and less toward fossil fuels. It has been speculated by the year 2030, electric vehicles will reduce oil imports by 40%.

The market trend toward electric vehicles may be good news for the consumers and the planet, but it is really worrying for the oil digging companies. The big oil companies realized that the rising popularity of the electric cars have the potential to break their strong hold over the global economy. They have stepped in to slow down the growth of electric vehicles in almost every possible way.

However, the attack on Tesla is not their first attempt to silence any alternative to conventional fuel-based vehicles. These companies know that the dependence over the oil is temporary, which has compelled them to explore alternative options like natural gas, bio-diesel, etc. They are desperate to find any alternative that can keep their monopoly intact. However, the advent of electric cars can topple their future plans. The ability of customers to run their cars for more than 300 miles just by plugging into a home wall socket for some hours is going to be massively disruptive for the industry.

In the past, the oil lobby has taken several initiatives to suppress any technology that can challenge their existence even by a small margin. During the 70s, an extremely fuel efficient engine was designed by Tom Ogle. His vapor fuel engine design could provide an effective mileage of around 200 miles in a single gallon. But the oil behemoths used their financial prowess to ensure that the design never saw the day light. Moreover, the controversial death of Tom Ogle is often linked to this case. The drop in demand in fuel is practically its Achilles heel, and they are doing everything to protect themselves. Methods like launching campaigns to promote fossil fuels and resorting to misinformation have surfaced in the media. Of course, in the era of the internet and social media, they cannot go all guns blazing, but they are being extremely surgical about it. 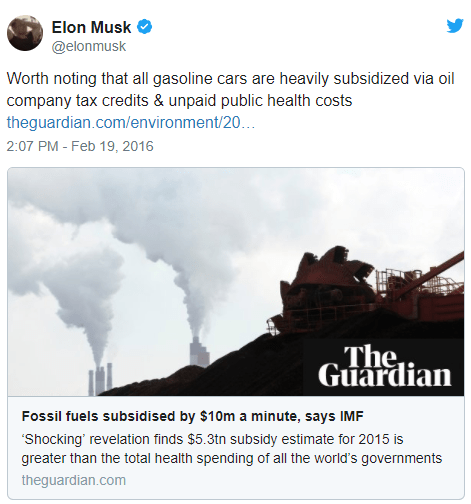 Elon Musk has commented that the attack on the electric vehicles is almost identical to the one by the big tobacco companies in the past, who emphasized the use of cigarettes and diluted their ill-effects in the advertisements. The oil company’s desperate measures include attacking the incentives for electric car purchases and even pushing legislations to penalize electric car owners. The American Fuel and Petrochemical Manufacturers (AFPM) and Renewable Fuels Association (RFA) have taken a joined effort to operate at a “level playing field”. A new bill has been introduced that will require the car owners to pay up to USD 180 a year for charging their cars during peak times. All these efforts are aimed at discouraging the customers from buying a new electric car.

The Koch Industries have been reported to have invested nearly $10 million USD to push campaigns that supports the use of fossil fuel or petroleum-based fuels. Moreover, they have also attacked the government’s initiative to subsidize the purchase of electric car vehicles. The American Legislative Exchange Council (ALEC) funded by Koch Industries and other big multinationals have taken various measures to undermine the efforts of state to encourage consumers to buy electric vehicles. Elon Musk has realized that public awareness can be a great weapon to fight against these lobbyists. He took the fight to social media by making people aware of the current state of affairs.

Elon Musk is popular and has the ability to fight back by creating his own lobby with environmentalists and government bodies. The fight between EV (electric vehicle) technology and oil industry is likely to soar up. But, considering the stance of Elon Musk, one can say that he is not the one to yield. I believe that this is just the beginning of the industrial cold war.

As more companies enter into the EV sector, the oil lobby will take more desperate steps to hold their ground. This situation can be further studied by delving into different economic research papers to speculate different probable outcomes. I believe that the market player should realign their businesses with the changing market scenario and to support the sustainability of the environment. As companies like Tesla continue its fight toward a greener future, the big oil companies will carry on operations against them. How the entire outcome unfolds still remains to be seen.

Freelance Writer, Journalist and a tech-geek.