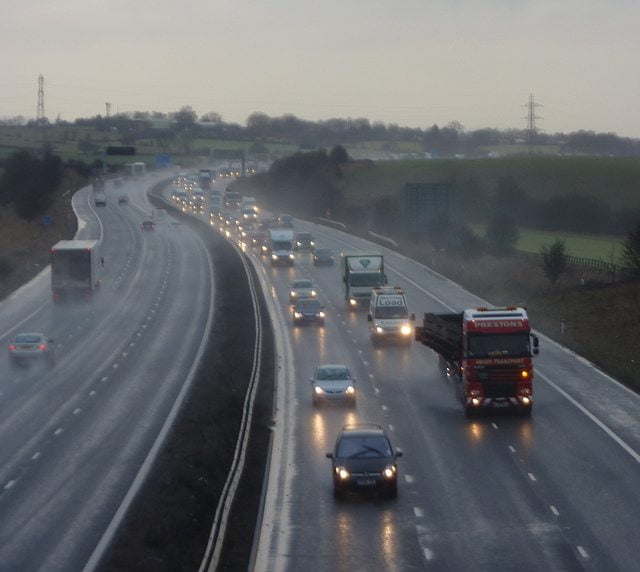 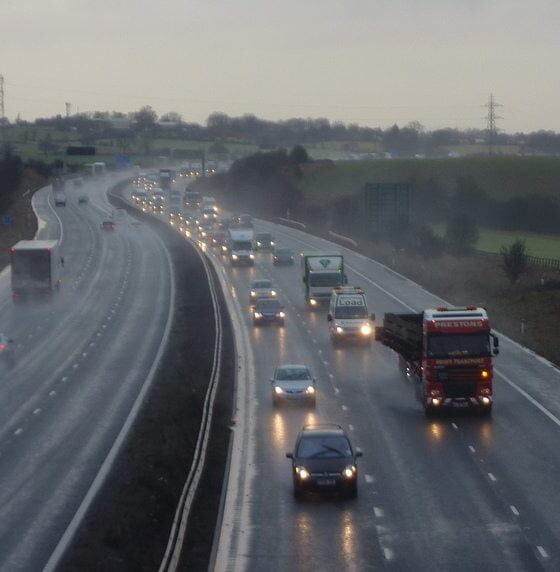 The speed limit on one of the UK’s busiest motorways could be lowered to 60mph in a bid to reduce dangerous levels of air pollution.

According to proposals put forward for consultation by the Highways Agency, slowing motorists down would reduce the quantity of exhaust emissions and cut down polluting traffic jams.

The new limit would apply to a 32-mile stretch of the M1, from junction 28, near Matlock, Derbyshire, to junction 35a, north of Rotherham. It would apply from 7am to 7pm, seven days a week, and if enforced would likely remain for “several years”.

The Highways Agency has been forced to table the proposals because its plans to open up parts of the hard shoulder into an extra lane will generate extra traffic, which will result in an emissions rise significant enough to breach new EU air quality guidelines.

Between junctions 28 and 35a, the M1 passes nine air quality management areas – areas where national air pollution targets are unlikely to be met – and it is predicted that opening an extra lane would worsen the conditions in these locations.

The Highways Agency adds that the 60mph limit could be introduced on other motorways in England and Wales where hard shoulders are also being brought into use.

The idea has the support of some campaign groups. Two, the Campaign for Better Transport (CBT) and Friends of the Earth, argued though that even more should be done to slash emissions.

“As long as the proposal still includes plans to widen the road by opening the hard shoulder to traffic, this is just an exercise in damage limitation and will simply prevent air quality worsening, rather than providing any actual improvement”, said Sian Berry, roads and sustainable transport campaigner at the CBT.

Meanwhile, Friends of the Earth campaigner Jenny Bates said, “The Highways Agency is right to take air pollution seriously – it’s a national scandal that tens of thousands of people die prematurely each year because of poor air quality.

“Speed restrictions have a part to play – but other action is needed too, such as scrapping road building plans and providing drivers with genuine alternatives to their cars.”

Some commentators have expressed concern over the potential impacts of slowing the UK’s motorways down.

“While preserving air quality is obviously a paramount concern there will inevitably be a negative impact on business efficiency and individual mobility”, said RAC technical director David Bizley.

Though critical of the measures, the president of the AA Edmund King conceded that they were necessary.

“It’s the only way to reduce emissions until the technology kicks in and makes engines cleaner, so it’s something we have to live with”, he said.

“You can’t really be against it, but many drivers will be frustrated and bemused.”

Recent studies have linked air pollution from traffic exhaust fumes to lung cancer and heart failure, with some researchers estimating that such air pollution can be dangerous even at levels said to be safe by the EU.