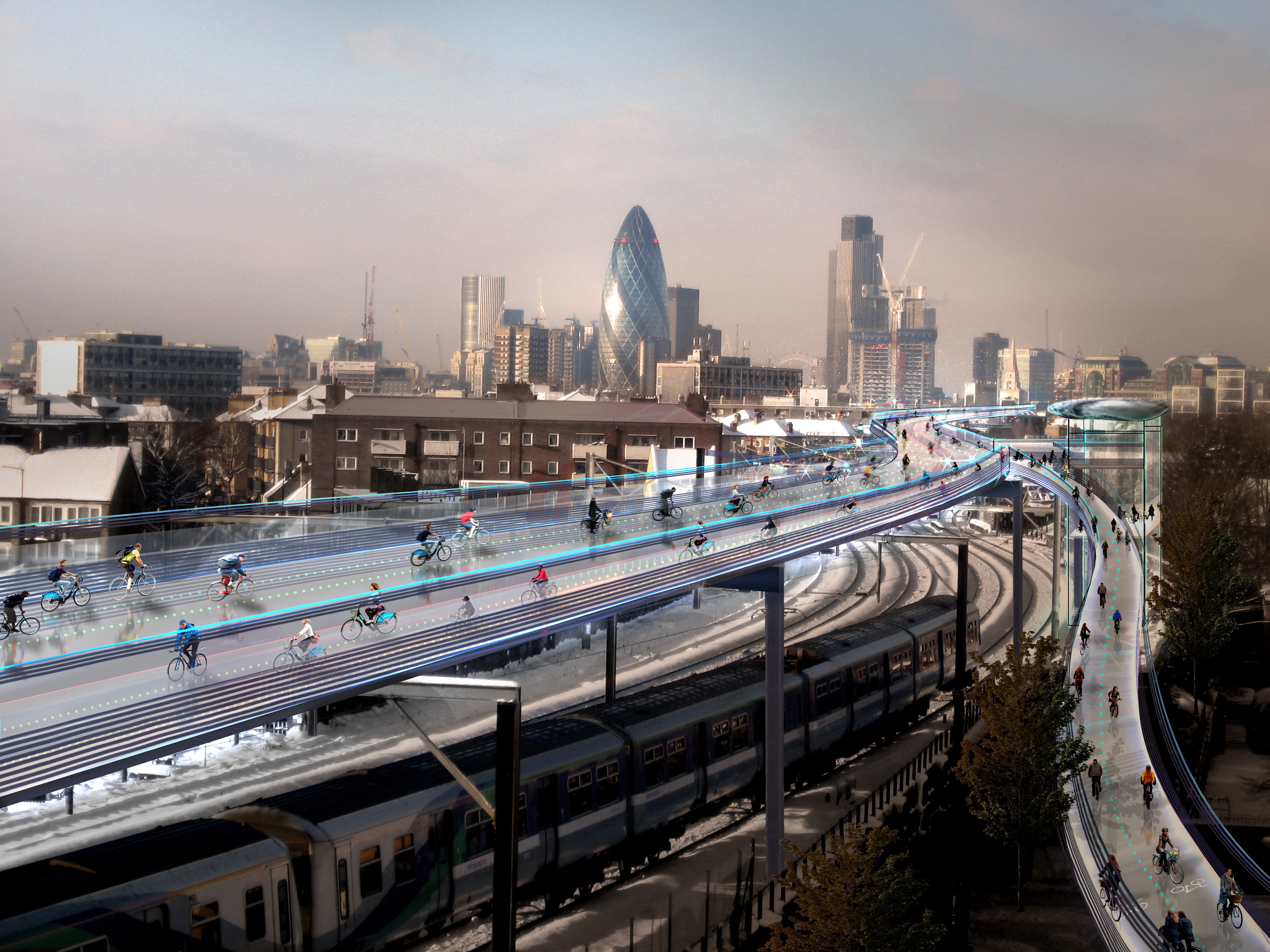 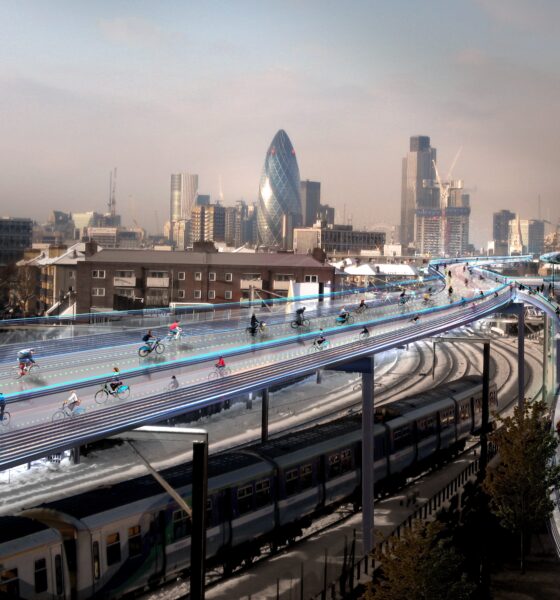 An idea unveiled this week may offer a novel solution to the growing concern over cyclist safety in London, which would allow bike users to sustainably navigate the capital high above the dangers and congestion of the roads below.

Its designers say that the SkyCycle network, as it would be called, would run for over 136 miles, accommodating up to 12,000 cyclists per hour while improving journey times by up to 29 minutes. They claim it could even provide this capacity at a much lower cost than building new roads and tunnels.

Though it may seem a little farfetched, the idea has the backing of Network Rail and Transport for London, and could offer a much safer journey to many commuters.

Lord Foster, cycling enthusiast and founder of Foster + Partners, calls the proposal “a lateral approach to finding space in a congested city.”

“By using the corridors above the suburban railways, we could create a world class network of safe, car free cycle routes that are ideally located for commuters”, he added.

In December, hundreds of cyclists gathered outside Transport for London’s headquarters to stage a “die-in” protest against the lack of road safety.

A recent BBC poll found that one-fifth of regular cycle commuters had stopped riding a bike to work because of the dangers. Some 68% of respondents said they thought London’s roads were not safe to cycle on.

If constructed, the SkyCycle could also solve some of London’s longer-term problems.

“It’s about having an eye on the future”, Sam Martin, owner of Exterior Architecture, told the Guardian.

“If London keeps growing and spreading itself out, with people forced to commute increasingly longer distances, then in 20 years it’s just going to be a ghetto for people in suits. After rail fare increases this week, a greater percentage of people’s income is being taken up with transport.

“There has to be another way to allow everyone access to the centre, and stop this doughnut effect.”