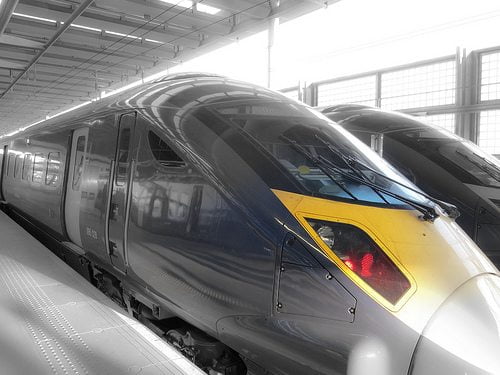 The UK government has given the nod to a HS3 rail link, which would connect cities in the north of England, despite the controversy that has surrounded its predecessor HS2.

In a new report the chair of the HS2 project Sir David Higgins said the east-west link would improve connectivity from Hull to Liverpool, cutting journey times between Manchester, Leeds and other northern cities.

Higgins said the project could take the form of either a new route, using a tunnel under the Pennines, or upgrades to existing lines.

Though no estimates have been set for how much the project would cost or how long it would take to complete, the government will now begin formulating a full strategy for its delivery.

More detailed plans are expected by March next year, while the government will launch a new transport body for northern cities on Monday.

The HS2 chairman said the project would help the north access the benefits of the already approved north-south link. With construction set to begin in 2017, HS2 is expected to run from London to Birmingham by 2026 and to Manchester and Leeds by 2033.

“Reducing the journey times between and within our cities isn’t just desirable for both passengers and freight. It is a strategic necessity,” Higgins said.

HS3 might help the government win around some critics of HS2, after opponents argued the £50 billion project would siphon talent from regional economies towards London, while providing little discernible business benefits for the north.

Chancellor George Osborne has previously argued that a HS3 link would help create “a northern powerhouse” of interconnected cities.

In addition, while HS2 has been criticised for its hefty price tag, it is likely HS3 would be considerably cheaper.

However, the announcement comes at a time when support for HS2 has fallen to a new low, according to a YouGov opinion poll published in yesterday’s Sunday Times. Just 24% of respondents said they approved of the scheme.

“There are increasing numbers of people who think HS2 is a bad idea, with over half the public saying they were opposed to it,” said Penny Gaines, chair of the campaign group Stop HS2.

“With groups ranging from the Institute of Directors to the Woodland Trust saying that HS2 is the wrong project, the government really should be listening. Unfortunately, they seem to have stuck their fingers in their ears, so opponents of HS2 need to be even more vocal in opposing the proposed railway.”

A particular concern has been the potential impact of HS2 on the countryside.

Campaign groups have complained that the official environmental impact assessment of the project demonstrates “a shocking disregard” for England’s wildlife.

Opponents have also refuted claims that the rail line will help the UK lower its carbon emissions, as emissions caused by construction of the line are expected to outweigh carbon savings over the first 60 years of the line’s operation.