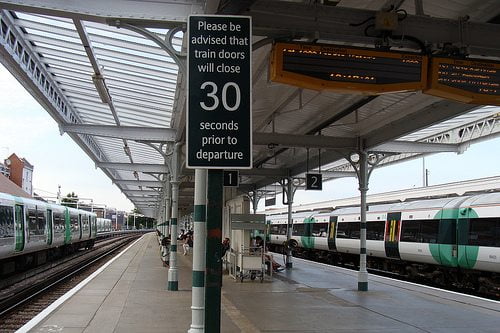 Travellers and commuters will face an average 2.8% increase when they travel by train in 2014, National Rail has confirmed. Most of the increases will take affect from January 2.

The Chancellor announced at the beginning of December that the average increase for regulated rail fares would be in line with July’s Retail Price Index (RPI), rather than the previously planned RPI+1%. This means that this year’s figure is the lowest overall price rise in four years.

However, train companies can use a ‘flex cause’, allowing them to increase some fares by 2% more than inflation, as long as their average increase does not exceed 3.1%. This means some travellers may find their fares have increased by as much as 5.1%.

Michael Roberts, director general of the Rail Delivery Group, which speaks on behalf of the rail industry, said, “We strongly support the government’s decision to introduce a real term freeze in the average price of season tickets next.

“The lowest increase across all fares for four years shows the industry’s determination to maintain the phenomenal growth in rail travel since the mid-1990s.”

He added that investment has resulted in a better service for passengers and that over the next five years at least £24 billion more will be spent on improving the rail network.

The Campaign for Better Transport group argues that the government needs to do even more to “stop runaway increases in rail fares”. The group say that RPI over-estimates real inflation so consistently that the Office of National Statistics has dropped it as an official measure, so it should not be used to calculate train fares.

Stephen Joseph, chief executive at Campaign for Better Transport, said, “Next month, passengers will see season tickets going up three times faster than their wages. Government needs to do more to stop the squeeze on commuters and avoid pricing people off the railways.”

Bob Crow, general secretary of RMT transport union, said, “The link between privatisation, high fares and the repeated disruption to services could not be clearer.

“Public ownership is the only solution to this outrageous racketeering that forces British people to pay the highest fares in Europe to travel on overcrowded, under-staffed and unreliable services.”

The announcement of fare increases come as rail services are hit by disruptions due to gales and heavy rain as people attempt to travel for Christmas. The Met Office has issued amber weather warnings.