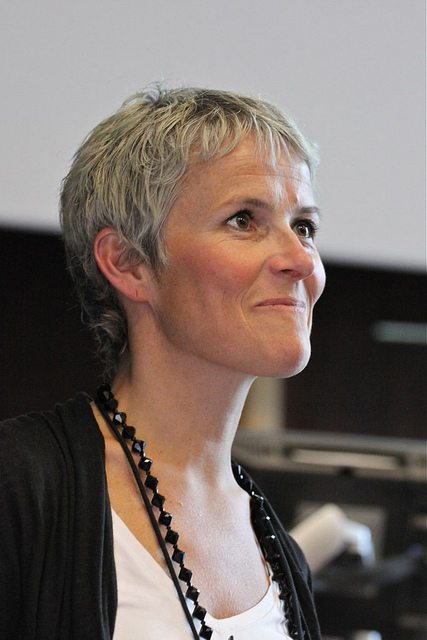 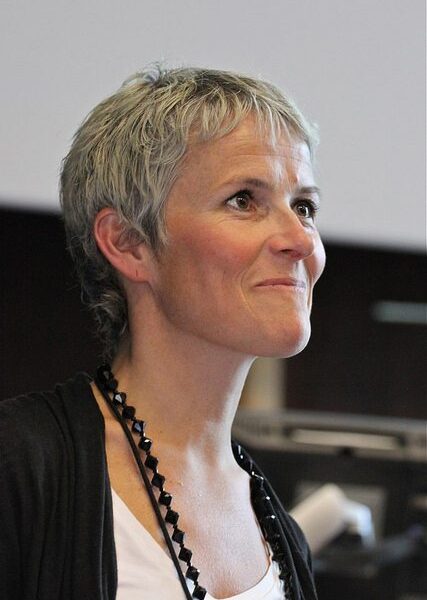 Manda Brookman answers 20 questions on life, sustainability and everything.

Manda Brookman is the director of CoaST: One Planet Tourism network, an independent social enterprise leading sustainable tourism in the Cornwall area, which she also co-founded. She will be speaking at Blue & Green Tomorrow’s Sustainable September Tourism Debate, at the Museum of London on September 3.

Brookman will be arguing for the motion “Growth in tourism is undesirable: it is rarely economically or environmentally ‘good’.“ Tickets for the evening event are available here.

CoaST’s mission is to inspire the tourism industry, and all its related sectors, to become an agent of change – to use its influence to deliver social, environmental and economic benefit. To make change for good.

I wanted to be in the diplomatic corps, to use communication to bring greater understanding. It makes me laugh now, as some would find me the least diplomatic person they know. But there is not a shred of doubt that communication, persuasion, engagement and not bashing other people on the head is at the heart of bringing about the change we need.

I don’t think I had one of those. I was brought up in the Pennines, in rural Wales, and on a Scottish island, amongst other places, and you learn living within your limits, and the importance of social and environmental capital, at the same time as learning to talk.

I never ever threw anything away, because to be perfectly honest we lived in the middle of nowhere, and there were five kids, plus lots of people who ended up being homed by us because of life difficulties, so you looked after what you had and nothing was rubbish. Living sustainably was about living in a way that was able to be sustained. So it was sort of common sense. No biggie.

Brave, principled people who stand out and go against the grain to do what’s right. This picture shows one such: August Landmesser, who married a Jew, and was imprisoned and persecuted by the Nazis as a result. He’s the only fella in this photograph not taking the Nazi salute. And he’s doing it entirely out of personal principle, surrounded by compliant colleagues, completely isolating himself to no personal gain, risking everything, and not even knowing or caring that someone was capturing his principle on camera. He’s what we could call a “positive deviant”. Thank God for people like him. He’s the sort of person who inspires me.

Disingenuousness, cruelty, small-mindedness, selfishness, lack of imagination (with no excuse), inability to think in systems (linear, reductionist thinking), any form of prejudice; the things that grind people down so they say I’m just a number, or it’s not my problem, or it’s too difficult, or I can’t.

Making small problems into big ones. Can’t bear that. A partner used to say I saw illness as a moral failing; that’s not quite true, but I can’t bear unnecessary negativeness or self-pity. There are plenty of real bad things; we can’t go round making the small ones out to be a big deal, too! I suppose it’s the opposite of positive deviance – negative compliance?

Anywhere in the world laughing with my children until we can barely breathe.

Erm. Never thought about that. I don’t know. I like finding a bargain, especially second-hand stuff; but that’s not really about the exercise of spending, as such.

I definitely don’t see shopping as a leisure activity, and nearly fell over in exasperation when some of our local councillors expressed a desire to have a big supermarket near our town so that it could become “a shopping destination”. Where to start? Citizen not consumer!

I think I prefer traveling to “going on holiday”, and I prefer seeing stuff that makes my head go into overdrive.

Like looking out of train when I was travelling over land to Cyprus, rattling through Romania and Bulgaria in an ancient 1940’s German rolling stock. I took five books, and never opened one – the outside was transfixing. I watched hour after hour of landscape of tiny scraps of land, being farmed by two or three people, late into the evening, with pitchforks and donkeys, and then realising that they were all in their seventies and eighties. I live in a different world to them, and then they looked up to see the train, something they could never afford to use, and smiled, and waved, full of welcome. I waved back for hours, utterly humbled.

Oh good God. Far too many. Grapes of Wrath, Oryx and Crake, The Limits to Growth, Prosperity Without Growth. I think Grapes of Wrath should be read by every politician before they are ever allowed to utter a word.

Far too many to even begin to have a favourite.

Get every politician to read Grapes of Wrath. Then I’ll quiz them on it.

I would like to speak to the people who without a doubt tried to tell the Mayans, the Incas, the inhabitants of Easter Island, the Anasazi peoples, that living outside your limits is a rubbish plan; then what they would do differently now, given they failed to stop their own communities from collapsing so catastrophically. We need their expertise and lessons learned, and I would say pretty urgently.

I’ve been given much advice over the years, covering the whole spectrum of brilliant to completely deranged.

One of my faves, from a very close friend, colleague and manager, was to  “Be careful – but not too careful”. That stayed with me. Don’t be so cautious you never achieve anything. Rather like my grandma and mother: “He what never made a mistake, never made anything”. Damn right.

Worst advice? From someone whose support we needed to secure money: “Environmental input does not lead to economic output ”. That, needless to say, I roundly ignored. I said we’d get the money without their support. We did.

Playing a full part in a joined up, systems based, social and environmental impact focused, circular economy at a local and national level, prodding for better, learning a new skill every year, playing the cello without my ears hurting, teaching more and more big and little kids to get outside, get mucky, starting investing back in our natural systems, and to slow the *&^% down, and grow lots and lots of green stuff.

That I can’t remember every single day of my children’s lives in every single minute detail as they were growing up, from the socks they wore to the expressions on their faces, so I can value it now for the extraordinary thing it is to have and be with children  – because you never do at the time.

“Never doubt that a small group of people can change the world. Indeed, it is the only thing that ever has.” Go, Margaret Mead!