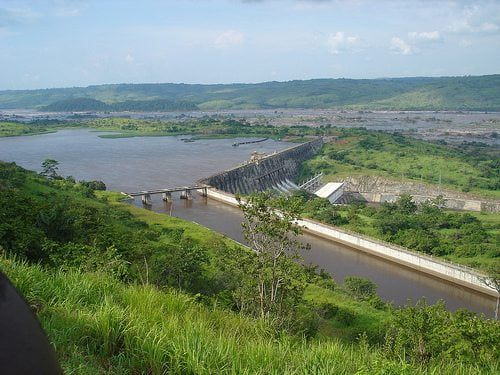 Governments are being urged to withdraw funding from energy projects led by the World Bank, as the ­­­institution asks for donations to pay for a controversial mega-dam in the Democratic Republic of the Congo.

The World Bank will ask governments to top-up its International Development Association (IDA) fund at a conference in Moscow on Monday. The bank plans to use the money to finance a new generation of mega-dams, including the Inga 3 Dam on the Congo River.

There are currently two dams operating on the Congo river, Inga 1 and Inga 2, with installed capacity of 1,775 megawatts (MW). The proposed Inga 3 would generate 4,500 MW to distribute across the continent, with the majority being purchased by South Africa.

The development would be the first phase of the construction of a larger project – the Grand Inga Dam. For an estimated price tag of $80 billion (£49 billion), the Grand Inga would produce up to 40,000 MW of electricity, more than a third of the current total of electricity produced in Africa.

The project’s supporters say it could bridge Africa’s huge energy gap. “This incredible feat of human ingenuity, when completed, will have the capacity to power Africa and indeed to export electricity beyond the continent”, claimed South African president Jacob Zuma.

However, critics say the mega-dams could devastate the local environment, while providing very little benefit for the Congolese people.

“Poor rural communities will pay the price for a new generation of destructive mega-dams, but will be the last to benefit from the electricity they generate”, said Peter Bosshard, policy director at conservation charity International Rivers.

The organisation, along with a number of other NGOs, is petitioning governments to instead transfer $1.6 billion (£980m) from the IDA fund to institutions that provide cheaper clean energy for those in greatest need.

“Shifting resources from the World Bank to institutions that support solar, wind and micro-hydropower will send a message that the Bank’s big-is-beautiful philosophy is no longer acceptable”, added Sena Alouka, executive director of Jeunes Volontaires pour l’Environnement.