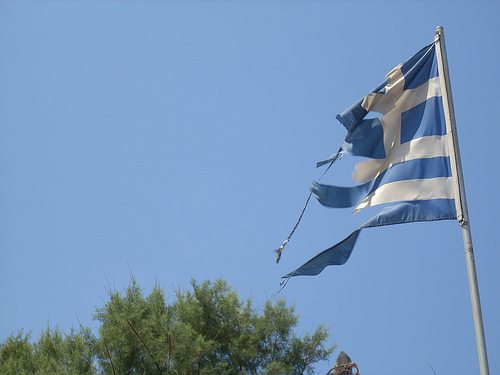 The Greek government has repeated its pledge to stick to debt repayment plans, just days after the Interior minister warned that the country was fast running out of funds.

There has been much speculation about how the debt-ridden country will keep to its commitments with EU and IMF creditors while delivering election pledges to end austerity.

But Gabriel Sakellaridis, a spokesperson for the Greek government said that it would maintain repayments to international creditors, rejecting the possibility of capital controls, which could include restricting transfers and freezing capital assets.

The announcement comes just says after Greek interior minister Nikos Voutsis warned that it had run out of funds as a result of attempting to keep up with debt repayments and rehiring sacked public sector workers under the previous administration.

The EU and IMF are currently in negotiations with the radical-left wing Syriza, who are leading the Greek coalition, to come to a deal that will unlock bailout funds that will help the government maintain repayments.

The Greek finance minister Yanis Varoufakis also rejected the idea that Greece could be forced to leave the euro, admitting that it would be catastrophic.

He told the Andrew Marr show that the Greeks had “met them [creditors] three-quarters of the way” and that he needed the EU and IMF to “meet us one-quarter of the way”.

He said, “Greece has made enormous strides at reaching a deal, it is now up to the institutions to do their bit.

When Marr asked him whether the present situation meant that the government had to choose between paying pensions and public sector salaries and paying off the deficit, Varoufakis said, “For the last four months, the Greek state has been managing not only to pay salaries pensions and its various obligations internally – domestically – but also to extract from the fabric of the public sector up to 14% of GDP in order to meet repayments to the IMF and other creditors”.

He said that it would not be in the interest of creditors to “beat the cow that produces the milk”.

The next loan repayment is due on 5 June and last week Varoufakis said that he would reach a deal with creditors. If the country fails to come with a deal, there are fears that it could default on its loans, which could in turn result in Greece leaving the currency union.