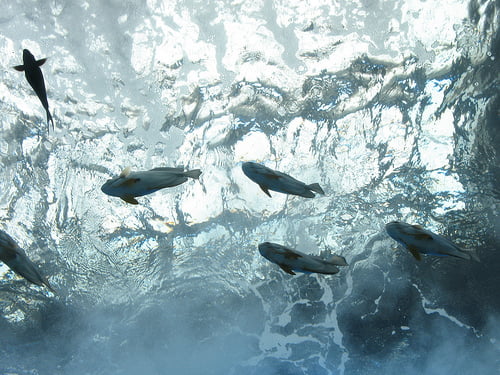 The WWF has proposed the establishment of a Financial Institution for the Recovery of Marine Ecosystems (FIRME), as it looks to lay the foundations for a sustainable future of fisheries.

The plans appear in a report, called Raising the “Sunken Billions”: Financing the transition to sustainable fisheries, and the FIRME will act as a “full-scale solution that finances conservation without adversely impacting livelihoods”.

This comes after a report by the Stockholm Environment Institute in March explained how neglecting the world’s oceans could cost trillions.

The WWF report is published 20 years after the Canadian government implemented a moratorium on the country’s 400-year old Northern Cod fishing industry, when 30,000 people in Newfoundland were left unemployed because of serious and sustained overfishing in the area.

“By providing loans to cover the upfront costs of conservation the FIRME will allow stocks to recover and ultimately generate profits exceeding the original investment”, said Dr Robert Rangeley, co-author of the report and vice president of WWF-Canada.

“What we need is a way to channel investment into the long-term sustainability of fish stocks, which means – ultimately – investing in healthy ocean ecosystems.

“Focusing international attention on transition financing is the only way to ensure that depleted stocks recover and fishing communities thrive.”

The FIRME system will deal in loans, with the aim of capitalising on a sustainable investment plan. The WWF says that the loans will be repaid once the system has hit a specified profitability threshold.