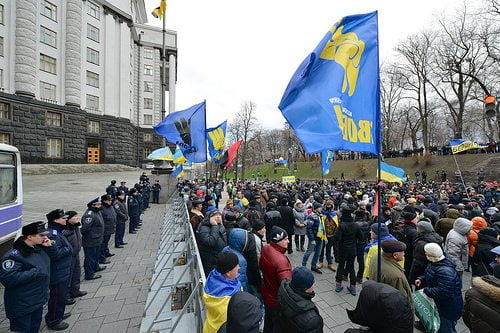 Russia’s decision to use energy as a political weapon has provoked calls from the global poverty charity Oxfam to end the EU’s reliance on imported and domestic fossil fuels – and instead boost renewables and energy efficiency.

The G7 summit – a protest summit against the scheduled G8 meeting in Russia – has been approached by the charity with a new report, which highlights the ongoing tensions between Moscow and Brussels as a catalyst for an energy crisis.

The report connects the regional energy crisis with international food problems – which it says are born out of climate change and rising energy costs.

Oxfam claims that even if EU governments met their carbon reduction targets for 2020, the continent’s annual energy imports bill would soar from £325 billion to £400 billion by 2030 because of rising energy costs.

If this happened, food import costs would also increase as climate change affected countries where the EU’s food is produced.

This is not a new development, with UN secretary-general Ban Ki-moon warning of food poverty in Europe as a direct consequence of rising food costs at a conference in Ghana in 2008. He said, “If not handled properly, this crisis could result in a cascade of others… and become a multidimensional problem affecting economic growth, social progress and even political security around the world.”

Oxfam’s report highlights the need for Europe to engage in increasing energy efficiency by 40% by 2030, which could save households up to £250.

Sally Copley, the charity’s campaigns and policy director, said “Unless Europe acts now to break its addiction to dirty and costly fossil fuels then both Europeans and the world’s poorest will pay the price. It’s in all our interests for Europe to end its reliance on dirty imports and instead develop clean, safe and affordable energy at home.”

The G7 has been meeting amid the Ukraine crisis to discuss the implications of Russia threatening to stop supplying the west with gas and oil.

Campaigners have already warnedabout making “knee-jerk” reactions as the EU desperately searches for alternative energy supplies – urging leaders not to miss out on the benefits on renewables.

The European commission’s plans to improve energy security against Russian threats have faced criticism for their reliance on fossil fuels. Europe currently imports half its energy, predominantly fossil fuels from Russia, which the Oxfam report suggests cost more than £200 a person last year.

Europe must look to renewables to solves Ukraine gas crisis