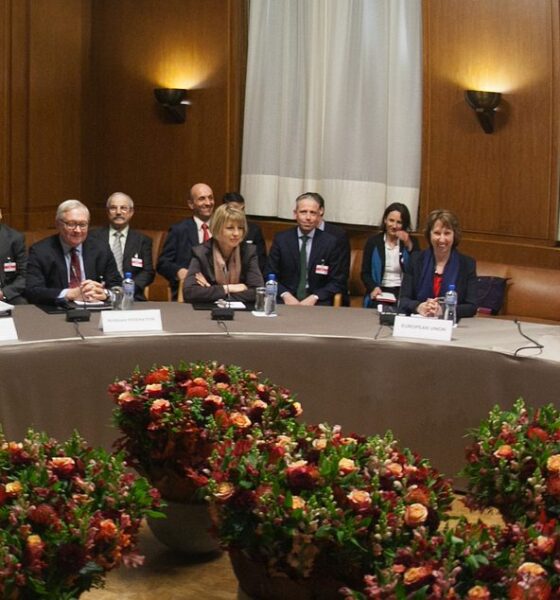 Iran has agreed to curb its nuclear activities in exchange for partial relief on international sanctions. David Cameron said this was an important first step while foreign secretary William Hague called it an “encouraging moment” in the efforts to prevent nuclear proliferation around the world.

Negotiations between Iran and the so-called P5+1 group – US, UK, Russia, China, France and Germany – started in Geneva earlier this month. Agreement came on Sunday that Iran would slow down its nuclear programme in return for a £4.3 billion break in economic sanctions that prevent the country from enriching uranium, used for civilian purposes but also in nuclear weapons.

However, the largest part of the sanctions will remain in place until a definitive and clear agreement is reached over the next six months.

Hague said, “What happens in these six months is that Iran has announced it will take certain actions; it will stop enriching uranium above a level of 5%; it will eliminate the stockpile that it has built up of uranium enriched to that level and it will stop work on the heavy-water reactor at Arak.

“That sanctions relief is available to them at the same time, and during that period we will set about the negotiation on a very comprehensive settlement of these issues.”

Iran has often been accused by Western countries and Israel to be secretly working on nuclear weapons – although the country claims that nuclear power is only being used for energy production.

However, because the International Atomic Energy Agency (IAEA) found in 2005 that Iran’s programme was in non-compliance with its Treaty on the Non-Proliferation of Nuclear Weapons, it has been given huge sanctions by the UN.

Meanwhile, because of the Iran deal, the price of oil has fallen more than 2% in Asia.Iran owns the world’s fourth-largest oil reserves, but because of the tension existing with Europe and US on the nuclear programme, many states have stopped buying Iranian oil.

According to some analysts, the recent development might mean that Iran will see its oil sales boosted on the international market.

Nuclear deal with Iran is ‘on the table’