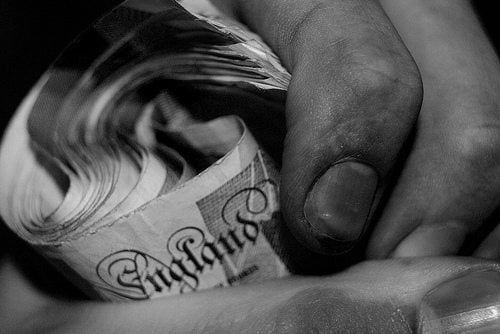 £520,000 private donation to be returned to Treasury by Tories and Lib Dems

The Conservatives and Liberal Democrats have returned a £520,000 donation left to “whichever government is in office” by an elderly woman in her will.

The parties were criticised for pocketing the money as a party donation after the Daily Mail tracked down a copy of the late Joan Edwards’ will, in which she specified that it should be used as the government “may think fit”.

The parties had split the donation between them according to their number of ministers and MPs in parliament, with the Tories getting around £420,000 and the Liberal Democrats about £100,000. Labour called the decision “dodgy“.

However, the coaltion has now announced that the money shall be given to the Treasury, as David Cameron said this was “in the spirit of what this very generous lady meant.”

Speaking during a visit to the Commonwealth Games site in Glasgow, Cameron explained that there was confusion over where the money was intended to go, as executors of the will originally thinking it should be donated to the two coalition parties.

He said, “I think when you look at the wording of the will it seems to us the intention was more to benefit the nation, so what we’ve done, the Conservative party has done, with our part of the donation is give it to the Treasury so it can help to pay down the national debt.”

In an interview with the BBC, a friend of Edwards’ said that she was “a private person.” Neighbours said that the former nurse would have wanted the money to do “something good“, perhaps to do with children.