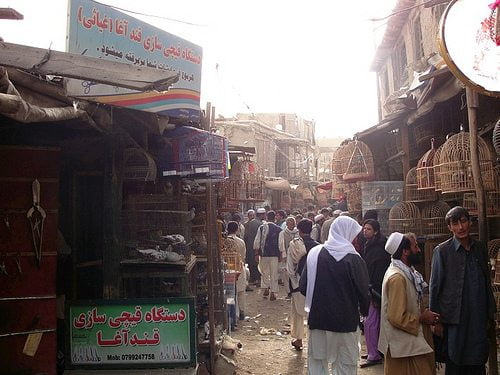 Afghanistan: millions vote in first ever peaceful transition of power

People in war-torn Afghanistan took to polling stations on Saturday to vote for the country’s new president, paving the way for the first ever peaceful power transition in its history.

Afghans have been subjected to interference from both the west and Soviet forces since the 1960s. It is estimated that around 17 million of them were registered to vote, but the electoral commission estimates that around 7 million turned out, 34% of which were women.

There were reports however, of sporadic violence in some parts of the country. A number of polling stations were forced to close and many saw shortages in ballot papers. The electoral commission also learnt of 162 instances of alleged fraud in places where violence was breaking out.

Barack Obama congratulated the country, commenting that it was a big milestone in becoming completely responsible for itself.

The US president said in a statement, “We commend the Afghan people, security forces, and elections officials on the turnout for today’s vote – which is in keeping with the spirited and positive debate among candidates and their supporters in the run-up to the election.”

British and American forces invaded the country in 2001 after the September 11 attack on the World Trade Centre in New York, which the Taliban claimed it was responsible for. The “war on terror” , as it became known, lasted for 13 years in the country, with British troops being completely withdrawn later on this year.

Obama however, is at odds with the current Afghan president Hamid Karzai, who refuses to agree to around 8,000 US troops remaining in the country after the conflict is over. They are expected to attempt to persuade Karzai’s successor to agree to their counter-terrorism mission.

Obama added, “These elections are critical to securing Afghanistan’s democratic future, as well as continued international support, and we look to the Afghan electoral bodies to carry out their duties in the coming weeks to adjudicate the results – knowing that the most critical voices on the outcome are those of Afghans themselves.”