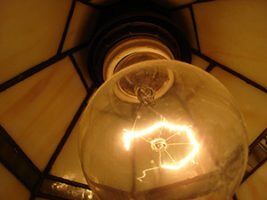 Energy Policy By Federal Government Is All Politics, No Plan Says Grattan Institute

It doesn’t happen very often that an economically conservative think tank has outrightly criticises a conservative government for its lack of policy direction.

That is exactly what has happened today with a new Grattan Institute report describing South Australia’s power shock in July as a “canary in the coalmine” that has exposed a serious lack of national energy policy by the Federal government.

“The Grattan Institute’s report said the July ‘power shock’ in South Australia was not an example of market failure – in fact, the report highlights the need for the Federal government to have a more effective transition policy that deals with the national electricity market,” said Claire O’Rourke, National Director of Solar Citizens.

“This market is undergoing a fundamental change with coal-fired power stations preparing to exit the nation’s energy mix. The Federal government needs to urgently develop a coherent plan rather than lurching from one slash and burn policy intervention after another.

“According to the recent Climate Institute Climate of the Nation 2016 Report, released last week, 75% of Australians think that governments should implement a plan to ensure the orderly closure of old coal power plants and replacement with clean energy. These are compelling figures.

“Getting to 100% renewable energy by 2030 is 100% doable, as outlined in our Homegrown Power Plan. However, with a lack of any credible national policy to cut greenhouse gas pollution in the electricity sector, Australia won’t even meet its international pledge of 26-28 per cent cuts below 2005 levels by 2030.

“Of course this leads to unmanageable uncertainty for investors and doesn’t bode well for a government which claims to be about growth and jobs.

“The global investment boom in renewable energy is taking off, now is the time to refine our national energy policy settings to ensure Australia is best-placed to reap the economic and environmental benefits of the boom.

“It’s hard to find another sector that displays such real job prospects, innovation and a practical response to the challenge of diversifying and strengthening our economy.

“The Grattan Institute report just further highlights the dismal failure of the Federal government to grasp the real environmental and economic transition that is well advanced in Australia,” said O’Rourke.