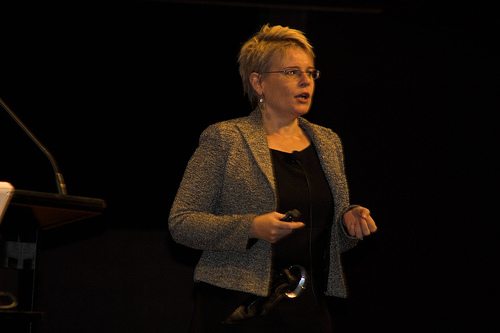 The chief executive of the Financial Ombudsman Service (FOS), Natalie Ceeney, has said that the increasing number of complaints about financial service providers is due to lack of trust following scandals in recent years.

Ceeney urged financial providers to focus on the “power of listening” and warned that failure to do so could cost the sector financially and harm its reputation.

She added, that each complaint is an observation about the service provided by banks and other financial businesses and should be used to inform new ways of working, new products, better service, and a new relationship with customers.

During the third quarter of 2013, a total of 143,177 new complaints were bought to the ombudsman. The figure represents a 39% increase from the same period in 2012.

Speaking at the international banking conference, Ceeney highlighted how important it was that banks deal with complaints and set new standards.

She said, “Since I joined the ombudsman service in 2010, the volume of complaints reported to the FCA by banks and building societies has doubled, from 2.5m in 2010 to over 5m by the end of 2012.”

A study by Mintel conducted earlier this year found that the majority of those surveyed (63%) felt they has been let down by a financial services provider at some point in the last two years. A quarter stated that they had been let down “numerous times”.

Over a third of participants also said they “always expected the worst” when dealing with financial service providers.

Speaking to the banks, Ceeney continued, “I’m starting to believe that the experience of the last decade has fostered “the lost generation” of customers. A generation of mistrust and missed opportunities – meaning that instead of focussing on growth and innovation, you now have to focus on repairing reputations.

“You need to deal with this if you wish to rebuild trust. But the good news is that you have the power to stop this “cycle of scandal” in its tracks.”