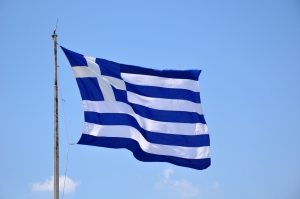 Share prices dipped today after Greece voted ‘no’ to a bailout deal. Greeks took to the polls over the weekend to register their vote in the referendum. The outcome has lead to fear that the country could be forced to exit the eurozone.

The final result of the referendum, which saw 6.16 million Greeks turn out, show that 61.3% voted ‘no’ to the international bailout while 38.7% voted in favour. Greece’s current government, the Syriza party, backed the ‘no’ campaign, while the opposition argued that rejecting the deal could see Greece ejected from the eurozone.

Three creditors – The European Commission, the IMF and the European Central Bank (ECB) – wanted the country to cut its welfare bill and raises taxes. Since 2010 Greece has received €184 billion (£130bn) in  bailout funds.

Reports suggest that Greek banks are close to collapsing unless they receive some support from a lender, however, the EBC took the decision to freeze emergency lending the banks a week ago over concerns they do not have enough assets to secure the loans against. While the Bank of Greece could make unsecured loans to Greek bank’s without the ECB’s permission or create a new currency to provide finance, neither decision would go down well with the creditors.

Heads of state from the eurozone will be meet at a summit on Tuesday to discuss the impact of the referendum and options for future negotiations.

Greek prime minister Alexis Tsipras commented, “As of tomorrow, Greece will go back to the negotiating tale and our primary priority is to reinstate the financial stability of the country. This time, the debt will be on the negotiating table.”