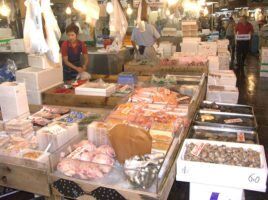 Members of the UK’s fishing industry feel they were unfairly portrayed and misled during and after the EU Referendum, according to new research from foul weather fishing gear manufacturer Stormline

On the whole, the study found that the vast majority of UK fishing professionals felt marginalised in some way by the referendum campaigning. Only 8% said they felt the media treated the industry fairly and 2% felt the mainstream media was generous in its portrayal of the fishing industry.

“Regardless of how they voted, anyone who relies on the fishing industry will have had to consider how their decision impacts on their own livelihood and future. For many, this will have been the main factor that drove their decision.

“Yet one of the most dominant post-Brexit narratives was that Leave voters were either racist, out-of-touch, or they were tricked. For any person that relies on the fishing industry for their livelihood – and who put a lot of thought into their vote – this accusation will be hard to stomach.

“Our study shows that both Leave and Remain voters in the industry felt marginalised and misled by parts of the mainstream media.”

On the media’s campaign coverage

On the media’s portrayal of the UK fishing industry

To those who felt unfairly treated