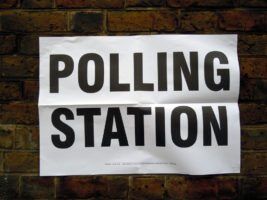 The UK employment rate reached a new record high of 74.4 per cent in the three months to May, largely off the back of rising self-employment. With employee numbers also showing a welcome rise, the Foundation says that there is scope for further employment growth, and that the National Living Wage has not led to widespread job losses as some predicted.

The Foundation notes, however, that while pre-vote employment was robust, and the immediate response to the vote of firms contacted by Bank agents was ‘business as usual’, around one third of firms said “there would be some negative impact on those plans over the next twelve months”.

Real wage growth fell slightly to 1.8 per cent, despite inflation remaining at an ultra-low 0.3 per cent in May. The Foundation notes that real pay growth has remained below its pre-crisis trend of 2.2 per cent for the last eight months, despite historically low inflation. It warns that unless nominal pay growth strengthens sharply over the next year, a Brexit-induced inflation spike could wipe out Britain’s pay recovery.

Laura Gardiner, Senior Policy Analyst at the Resolution Foundation, said, “It’s encouraging that employment in the UK reached another record high in the run up to the referendum result.

“But the decision to leave the EU will significantly alter the UK labour market landscape – at least in the short term – with one third of firms suggesting that it will have a negative impact on hiring over the next 12 months.

“The challenge for business and policy makers will be to do all they can to protect workers from the ill-effects of any short-term uncertainty. And in the longer term, the record employment we currently enjoy shows that the pursuit of full employment should remain a key goal in post-Brexit Britain.”