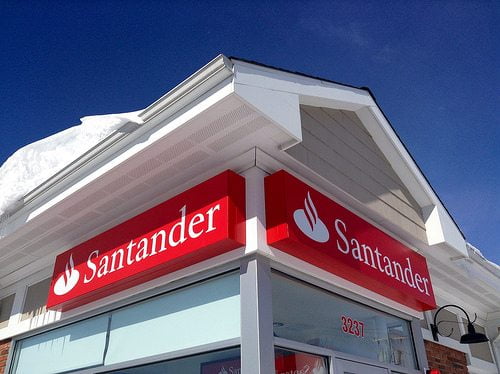 Multinational bank Santander has pledged to stop financing pulp and paper company Asia Pacific Resources International Ltd (APRIL) because of its unsustainable practices causing the destruction of the Indonesian rainforest.

According to Greenpeace, Santander had loaned ten of million of pounds to APRIL, as well as directly brokering syndicated loans, including one totalling £400 million. In response to the campaign, Santander announced that it would not renew the current funding for the company. Future loans to APRIL from the bank will depend on the implementation of new sustainability measures that address its involvement in deforestation.

The environmental campaign group added that the move by Santander puts pressure on other banks to follow its lead and make similar commitments.

Greenpeace UK forests campaigner, Richard George said, “All Greenpeace had to do was give the information to our supporters and they did the rest. The response from Santander’s customers has been phenomenal. To its credit, Santander listened and responded.

“But this would never have happened if Santander had a responsible lending policy and followed it. The bank’s forest sector lending policy remains a secret – it should publish it and revise it to close any gaps and ensure that companies can no longer get loans to destroy the rainforest.”

The Forest 500, which ranks a range of companies and organisations, including banks, on their commitments to deforestation, recently urged more ‘powerbrokers’ to work towards a zero deforestation target.  Santander scored just three out of five when it was assessed in December 2014, scoring low on overall forest policy and policy strength, but the latest step is likely to boost its score.