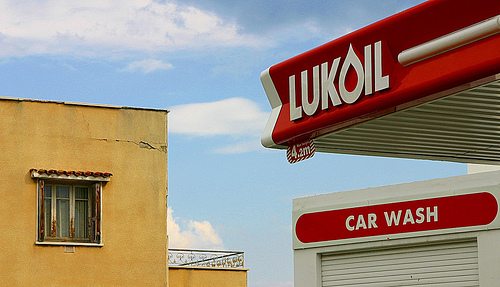 French oil firm Total is exploring the possibility of collaborating with private company Lukoil in Russia in unconventional oil extraction, despite the US and EU’s sanctions linked to the annexation of Crimea.

The talks between Total and Lukoil, which is the largest private energy company in Russia, could end in a joint venture to collaborate over the extraction of unconventional shale oil, according to the Financial Times.

Lukoil is examining the Bazhenov formation, an area in West Siberia that is said to be the largest reserve of shale oil in the world, equivalent to 2 trillion barrels. This would compensate for falling production at aging fields in the region.

Total already has a 16% stake in Novatek, the country’s second largest gas producer after Gazprom.

Recent troubled political events in Ukraine resulted in part of the country, the Crimea region, requesting to be aggregate to the Russian Federation.

The move has caused tension among European states and the US, which decided to prepare “strong, robust and powerful” sanctions if Russia decides to intervene in Ukraine.

However, despite the tensions, many global firms remain committed to doing business in Russia. Siemens’ CEO met Russian president Vladimir Putin to reassure on long-term investments, while German oil producer Wintershall Holding GmbH is also looking at cooperating with Lukoil.

Earlier this month, the Russian stock market saw share prices falling by up to 10%, an event that has been linked to the Ukraine crisis.