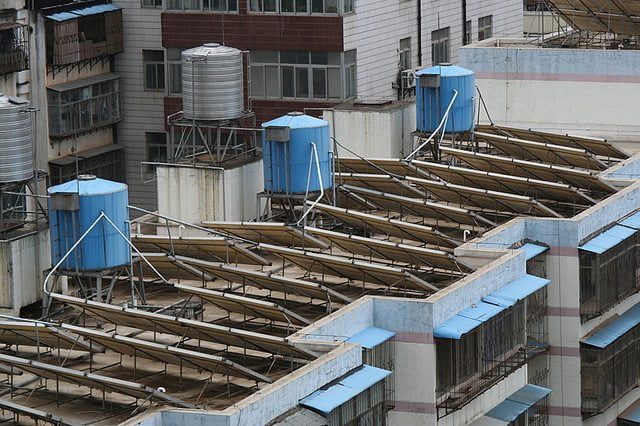 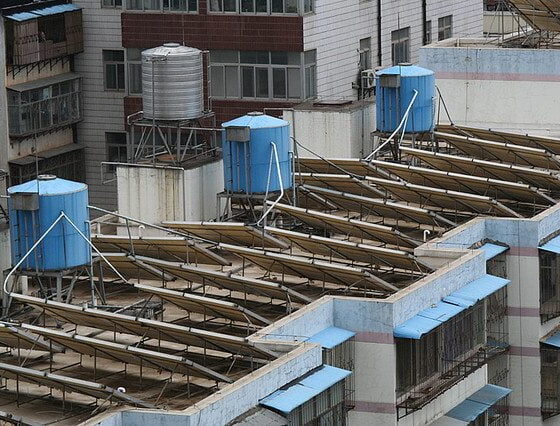 China, the world’s largest solar production market, is expected to guarantee further industry growth, with the announcement of legislation that will encourage the installation of rooftop solar panels on business and commercial rooftops.

The idea behind the initiative is primarily distribution, as energy produced on rooftops can be supplied to customers nearby, according to Bloomberg’s sources.

Large energy users will be encouraged to utilise rooftops and unused ground spaces to install solar panels, with excess power outage to be distributed to nearby customers. This will reduce power costs and carbon emissions, especially in industrial zones reliant on large amounts of fossil energy.

Ahead of the announcement, which is expected later this month, major Chinese solar manufacturers saw their stocks increase in value, with Trina Solar seeing a growth of 8.1%. Competitor JinkoSolar Holding co. also saw also saw an increase of 7.1%.

China is still aiming to install 8 gigawatts of distributed solar power by 2015. The proposed government incentives are expected to edge the nation towards this goal.

Local government will also be encouraged to increase subsidies for local solar projects, as well as promoting the expansion of clean energy projects on civilian infrastructure, like schools, hospitals and council buildings.

Public commercial buildings will also be utilised, including railway stations, airports, as well as unused land – which will be developed for solar farms and other renewable energy projects.

China is still the biggest national polluter on Earth, with worryingly high levels of pollution, contaminated soil and poor water quality levels, a problem facing many other Asian states.

Governments, including China and also India, have embarked on expansive renewable energy drives to tackle the problem. But increasingly in recent years, the private sector has moved to support these efforts.

This week, three large Asian businesses groups, including Asia Development Bank and ORIX, formed the ‘Asia Climate Partners’, with an intention to invest and mobilise private equity, throughout the orient, to promote sustainable and climate friendly projects.