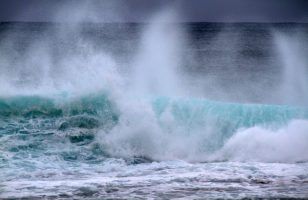 The commercial development of new “WaveRoller” wave energy technology will be financed by the European Investment Bank (EIB) under the InnovFin Energy Demonstration Project programme.

In its commitment to support innovative technologies, the European Investment Bank (EIB) will invest up to EUR 10 million in AW-Energy, a pioneering start-up company from Finland which developed “WaveRoller” wave energy technology. The investment will support and speed up the commercial roll-out of European wave energy technology. This is the first project to be supported by the InnovFin Energy Demonstration Project (EDP) programme.

EIB Vice-President Jan Vapaavuori said: “I think it would be hard to underestimate the importance of this type of pilot project that can open up untapped sources of clean energy. One of the goals of InnovFin is to support new technologies and the EIB is glad it can support this project through this instrument. The symbolic importance of a highly innovative Finnish company putting a project in place in Portugal makes this a truly European initiative.”

EU Commissioner for Research, Science and Innovation, Carlos Moedas, added: “An investment in renewable energy technologies is an investment in Europe’s leadership of these new industries. We want to support renewable energy pioneers to contribute solutions to global climate change challenges, while generating employment and sustainable economic growth at home in Europe.”

AW-Energy’s CEO, John Liljelund, said: “This is a significant milestone not only for WaveRoller and the wave energy sector, but for the ocean energy industry as a whole, which is currently on the brink of a commercial breakthrough. As a constant and far more predictable form of renewable energy than wind and solar, wave energy will be a highly valuable addition to the global renewable energy mix. Bankable technology is the cornerstone when building a new industry. Having prestigious institutions like the EIB on board adds plenty of credibility to the equation.”

AW-Energy has developed a near-shore underwater device that converts wave energy into electrical power. In 2012, the company installed three 100kW demonstration units connected to the grid near Peniche, in Portugal. The strong support of the local community and municipality was essential for the project. Its progressive approach has placed Peniche on the world map as one of the most interesting wave energy hubs, attracting many wave energy developers.

The support of the EIB will help to keep the company firmly on the track of commercialisation of the WaveRoller®. AW-Energy is about to install a full-scale 350kW device in the same area of Portugal. The company has identified commercial leads in six countries and has the potential objective of selling more than 50 units in the four coming years. The project will also be financed by Tekes, the Finnish Funding Agency for Innovation.

The Wave Energy Device project has the financial backing of the European Union under Horizon 2020. InnovFin is a range of EIB Group products designed to facilitate access to finance for innovative businesses.