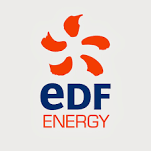 EDF Energy had to face the Energy and Climate committee over its nuclear power station, Hinkley Point C yesterday. The power station has been in the spotlight for all the wrong reasons in the past – including concerns over its cost and its legality. Vincent de Rivaz, EDF UK’s Chief Executive, had to attend a meeting after the final investment decision was been pushed back yet again.

At an Energy and Climate committee hearing in March, the EDF UK boss promised EDF’s final investment decision would come in early May. Under persistent questioning from MPs, he said he would return to explain the reasons if that didn’t happen.

Last month, EDF announced that the final investment decision would not take place until September after a series of calls for a delay from Board members and the unions.

Vincent de Rivaz can expect a number of questions of whether the project will go ahead at all, despite his repeated statement that the project would ‘clearly and categorically’ go ahead.

Since March, there have been a series of revelations which throw the £18-21 billion project into doubt. Falsifying safety documents, French Energy Minister Segelene Royale speaking out over concerns of the cost, and a legal opinion from leading barristers which suggests part of the French government’s financial support for EDF could be unlawful under EU competition law.

Dr Doug Parr, Greenpeace Chief Scientist who gave evidence at the initial Energy and Climate hearing said: “It is no wonder that the EDF chief refused to be pinned down as to when the company would make the decision to invest in Hinkley. The company is up to its eyes in debt, with Moody’s threatening to downgrade EDF further if the Hinkley investment is made.

“The French cabinet are at loggerheads as President Hollande is being challenged by the Environment Minister over the colossal costs. And technically, it’s still not clear whether EDF can build Hinkley given the dire situation with the same reactor design in Finland and France – both projects are over budget and delayed by years. The UK government urgently needs to wake up to the alternatives, seeing past the repeated empty promises that Hinkley will deliver power on time and on budget when all the evidence points to the contrary.”